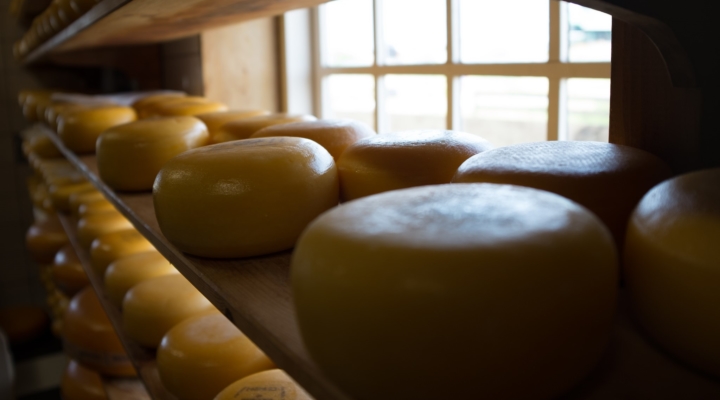 California is the second largest cheese producing state in the nation, responsible for more than 2.5 billion pounds of cheese in 2017. (Still ePsiLoN, Flickr/Creative Commons)

The American Cheese Society recognizes the finest cheeses and dairy products made in the Americas. A total of 1954 cheese and cultured dairy products were entered the competition. Cheeses made with 100% California cow’s milk had another strong showing this year in a field of 259 processors representing the United States, Canada, Mexico, Brazil and Columbia.

California cheesemakers won a total of 53 awards – the second largest showing in the competition – with Real California cow’s milk cheeses bringing home 32 prizes: 6 first-place, 11 second-place and 15 third-place awards in this year’s judging. Highlights from these wins include:

In total, 15 cow’s milk cheese and dairy companies won awards for products made with 100% Real California milk from the state’s more than 1300 dairy farm families. California is the second largest cheese producing state in the nation, responsible for more than 2.5 billion pounds of cheese in 2017. Real California cheeses and dairy products can be found at retailers throughout the U.S., Mexico and Asia. For more information, visit: RealCaliforniaMilk.com. For more information on ACS competition winners, go to: cheesesociety.org.

Scientists ID corn that fixes its own nitrogen