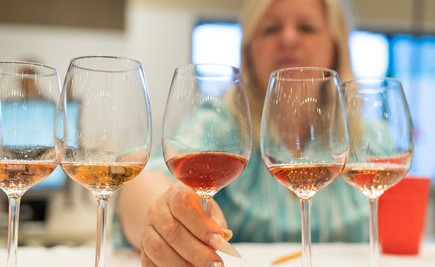 SACRAMENTO — California is known for its wines, and since 1855, consumers rely upon the California State Fair’s Commercial Wine Competition to establish a benchmark of the “Best Wines of California”. It is the only competition of its type to partition California into 11 wine regions and to recognize the best wines in each region, and to designate best varietals and styles.

“The Commercial Wine Competition is not only the oldest wine competition in the country, but it continues to expand its prestige year after year. Winning top honors at the State Fair is seen as a pinnacle achievement and honor for California wine makers,” said Rick Pickering, California State Fair General Manager and CEO.

This year, 2,811 California wines were judged over three days. The Wine Judges are selected from respected winemakers, wine merchants, writers, promoters, and educators from across the country. For the past four years, the judging has been led by Mark Chandler, a 30-year veteran of the wine industry. This is Chandler’s 20th year participating in the CA State Fair Commercial Wine Competition.

“The structure of this competition encourages wineries to make better and better wines,” said Mark Chandler, Lead Judge. The Best of Show wine could come from any region in California. It’s a benefit for consumers, and exciting to see the quality improvements every year. ”

In all, 129 double gold medals, 325 gold medals, 1,117 silver medals, and 967 bronze medals were awarded. There were also 303 Best of Class of Appellation Awards, 24 Best of California Awards, 22 Best of Region Awards, three Best Micro Winery awards, the Best Value Award, and five Best of Show Awards. The Golden State Winery of the Year Award went to Jeff Runquist Wines. This is a second win for Jeff Runquist who won this award in 2011.

A list of the 2019 CA State Fair Commercial Wine Competition winners can be at CAStateFair.org.

The awards for Golden State Vineyard of the Year, Wine Lifetime Achievement, and California All Stars were awarded during the Wine Judges Dinner at the Boeger Winery on May 29th.

The award-winning wines will be featured before hundreds of thousands of guests at the 2019 California State Fair, July 12-28.