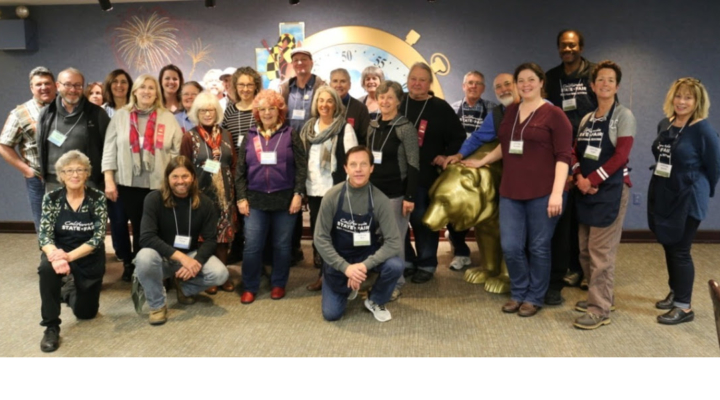 SACRAMENTO — The fifth annual California State Fair Extra Virgin Olive Oil Competition Judging was hosted at Cal Expo in Sacramento on February 27, 2019.  The competition is solely for oils made from olives which are grown, processed and bottled right here in California.

The 2019 Best of Show Extra Virgin Olive Oil is the Estate Blend from Bondolio Olive Oil of Winters, California.  The oil is a very unique blend in California of Biancolilla, Cerasuola and Nocellara olives.  The trees, which were specially imported from Sicily by the Bonds, produced an equally superior olive oil in 2017, when the oil also won a Best of Show Award at the California State Fair competition.  Judges describe the oil as having, “a great aroma. Well balanced and well made.”

“The State Fair assembled an exceptional group of very experienced judges, some with over 20 years of involvement in the industry. Four new apprentice judges also participated as potential future judges. The high-quality oils shone through, even though the total number of entries was down. Californians can be very proud of the great olive oils being produced in this state,” says Paul Vossen, Olive Oil Industry Expert and Head Judge of the 2019 California State Fair Extra Virgin Olive Oil Competition

Complete results and competition information can be found on the California State Fair’s website at www.CaStateFair.org.

The California State Fair and State Agricultural leaders will present the top olive oil winners with an iconic Golden Bear Trophy at a media event on the steps of the State Capitol on June 27. Also presented with awards will be Best of Show-winning commercial wine, beer and cheese producers. The same evening winning producers will be on hand at the Best of California Tasting event at Cal Expo, held prior to the Friends of the California State Fair Gala.  Producers will show off what their hard work and great skill has yielded for California’s agricultural and cultural leaders.

About the California Exposition & State Fair
Cal Expo is dedicated as a place to celebrate the best the state has to offer in agriculture, technology and the diversity of its people, traditions and trends that shape the Golden State’s future. The California State Fair is an international award-winning fair, receiving top honors at the International Association of Fairs and Expositions out of more than 1,100 fairs world-wide. Join us for the 2019 California State Fair, July 12 – 28.

The Future of Organic Meals at Retail

Measuring the body's response to aromas in wine