Subscribe
Home / National / CA growers told to test their lettuce for E. coli — or keep it 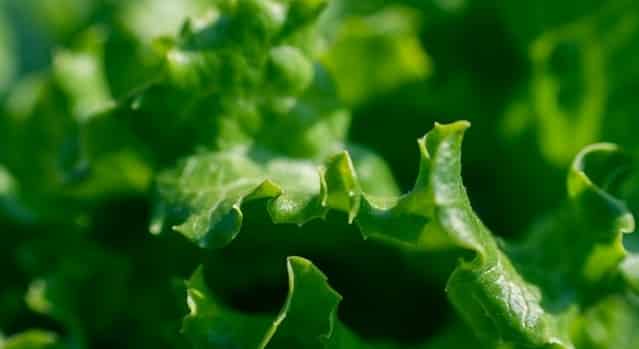 “Our producers will do their best to comply (with the new testing requirement) in an effort to continue shipping romaine lettuce to our valued trade partners in Canada,” the California Leafy Greens Marketing Agreement (LGMA), an association of shippers and handlers who adhere to shared food safety measures and are responsible for about 90 per cent of the leafy greens grown in the U.S., said in a written statement. (Photo by petra cigale on Unsplash)

Lawrence Goodridge, director of the Canadian Research Institute for Food Safety at the University of Guelph, says repeated outbreaks of E. coli contamination from American farms precipitated the move.

Canada imported 183,300 tonnes of lettuce from the United States last year, and 64 per cent of that was from California. The remainder came from Arizona, Ohio and Florida. Between June 2019 and July 2020, more than 50,000 shipments of the vegetable crossed the border.

Lettuce is not the only vegetable that’s mostly imported to Canada outside the summer months. In 2018, about $2 million worth of vegetables flowed north, everything from kohlrabi to kale. Like lettuce, the majority was grown in California or other southwestern states.

“(The Salinas Valley) is well known to have problems because it is ringed with concentrated animal feeding operations at the top of the valley,” said Goodridge. “Think of it like a cereal bowl. In the bottom is the valley, nice fertile soil, and they’re growing lots of vegetables (there), not just lettuce. And at the top — the ring of the bowl — are all these concentrated animal feeding operations.”

That means manure from animal farms housing hundreds or thousands of cattle, hogs and chickens flows downhill, gathering in the bottom of the valley and likely contaminating surface water and groundwater. This the same untreated water that’s then used to irrigate the hectares of lettuce and other vegetables growing in the valley bottom.

It’s a geography that has caused problems before. There have been at least four outbreaks associated with romaine lettuce alone since 2016, Goodridge said. Investigations by American and Canadian authorities have also pinpointed the region as the source of several E. coli outbreaks in the past.

“The current temporary import requirements, implemented on Oct. 7, (are) a preventative measure due to the repetitive outbreaks linked to California romaine lettuce over the past four years,” the Canadian Food Inspection Agency said in an emailed statement.

In force until Dec. 31 — harvest season for California lettuce producers — the provisions require that companies importing lettuce prove each shipment of their product has been tested for E. coli or was grown outside of California’s Santa Clara, Santa Cruz, San Benito and Monterey counties.

The decision has received a tepid reception from American lettuce producers.

“Our producers will do their best to comply (with the new testing requirement) in an effort to continue shipping romaine lettuce to our valued trade partners in Canada,” the California Leafy Greens Marketing Agreement (LGMA), an association of shippers and handlers who adhere to shared food safety measures and are responsible for about 90 per cent of the leafy greens grown in the U.S., said in a written statement.

The organization is advocating for in-field testing instead of the post-harvest tests the Canadian government requires. It also said that recently implemented measures are sufficient to protect consumers.

That’s not enough, said Keith Warriner, a food security professor at the University of Guelph. The key change implemented by the LGMA is testing water to ensure it meets the “recreational standard” — clean enough for swimming — which isn’t equivalent to food-grade cleanliness.

Nor does post-harvest cleaning do much, Goodridge and Warriner agreed.

“We know that washing actually spreads bacteria,” Goodridge said. “You’ve got to think that these are big processing operations (that) could be receiving lettuce from many different fields all over the place. If you have one batch that’s contaminated, but you’re running other batches through (the same cleaning line) at the same time, they can all get contaminated.”

Tracing a leaf of contaminated lettuce from a Canadian consumer’s plate back to individual farms is impossible, he said, especially since it could be more than two weeks before someone gets sick from the lettuce.

Nor is the federal government’s approach perfect.

Lettuce from other parts of the U.S. could also be contaminated, especially if water standards for processing and irrigation aren’t any higher.

And testing isn’t very accurate because it only captures a minute snapshot of the total lettuce shipment, Goodridge said. A better approach would be to push the industry to implement system-wide changes that would address the problems at their source, such as treating all irrigation water with chlorine, to help deal with the issue.

These are largely regulatory matters Canada can’t control, since water and growing standards fall under U.S. jurisdiction. Still, the economic pressure exerted by an import ban could help push the industry to implement changes of its own volition.

“You have to have regulation,” said Goodridge. “But, ultimately, it’s when the industry takes food safety seriously, as opposed to seeing it as a necessary evil, (that) we will really begin to address these ongoing outbreaks.”

U.S. corn and soybean production down from September