Home / California / CA Certified Organic Farmers release report
A new user experience is coming! We'll be asking you to login to your Morning Ag Clips account March 1st to access these new features.
We can't wait to share them with you! Read more here. 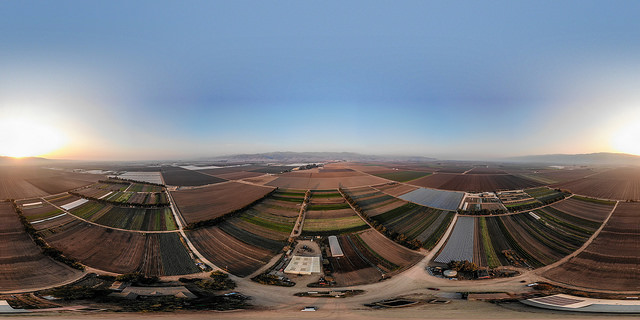 Based on the report’s findings, the organization calls upon state and local policymakers, community leaders, and non-profit organizations to help put California on a path to increase the acreage of organic food production from 4 percent of the state’s farmland today to 10 percent by 2030. (U.S. Department of Agriculture, Public Domain)

FRESNO, Calif. — Surging consumer demand for organic foods has created an opportunity for California to expand organic food production and reap a multitude of economic, environmental, and public health benefits.

That is the finding of a comprehensive report released today by California Certified Organic Farmers (CCOF) at its annual conference in Fresno on February 27th, 2019. The report, titled Roadmap to an Organic California: Benefits Report distills the findings of more than 300 peer-reviewed scientific studies to document a wide-ranging inventory of benefits that an expansion of organic farming could bring to California.

Based on the report’s findings, the organization calls upon state and local policymakers, community leaders, and non-profit organizations to help put California on a path to increase the acreage of organic food production from 4 percent of the state’s farmland today to 10 percent by 2030.

The organic foods industry has experienced phenomenal growth in recent years, climbing from U.S. sales of less than $4 billion in 1997 to more than $50 billion today. Sales of organic products are growing at a rate six times greater than the overall growth in food sales.

Research shows that more than 80 percent of U.S. households purchase at least some organic foods, and they are now on the shelves of nearly every major food retailer. Demographic trends indicate sustained growth lies ahead, as market research shows that organic products are most in demand among young adults of the Millennial generation.

The report presents scientific evidence that shows organic farming to be a practical tool for reducing poverty, stimulating local economies, protecting and enhancing public health, and ensuring a food secure future. It shows that it is time for all communities to have access to organic food and for all of California to benefit from organic agriculture.

California, already the national leader accounting for more than a third of all organic food sales in the nation, is uniquely poised to benefit from this strong trend in consumer demand. Not only does California have a robust foundation from which to build, it is the only state with its own program to support the USDA’s National Organic Program, which sets the standards for organic production that ensure consumer confidence in the organic label.

The report details a variety of benefits that organic production is generating – and could generate on a far larger scale.

Among the report’s key findings:

ECONOMIC BENEFITS: Because of the value consumers place on organic foods, they command a premium price for crops and livestock, boosting the viability of farm production. Studies show that economic activity generated by farmers who sell their goods directly to consumers – as do 39 percent of organic farmers – is twice that generated by farmers who sell through retailers.

The opportunities for economic growth extend far beyond the fields and pastures of organic farmers. California’s organic processed foods sector – the state’s third-largest manufacturing sector – grew by 17 percent between 2016-2017. Sales of organic condiments grew by 18 percent and organic beverages by 10 percent.

HEALTH BENEFITS: The report cites a growing body of evidence that shows organic food is highly nutritious and has significantly lower levels of pesticide residue and antibiotic-resistant bacteria than conventional food.

Because organic farming uses dramatically fewer synthetic pesticides than conventional farming, it reduces public exposure to harmful chemicals – especially for farmers, farmworkers, and the increasing number of urban residents who live less than a mile from agricultural fields.

ENVIRONMENTAL BENEFITS: While both conventional and organic fertilizers can leach into waterways and cause pollution, evidence shows that good organic management reduces nitrogen leaching from farms, reducing by as much as 50 percent the leaching of this common water pollutant.

Roadmap to an Organic California was funded with support from Patagonia and the Clarence E. Heller Charitable Foundation.

USDA names importer to the Cotton Board