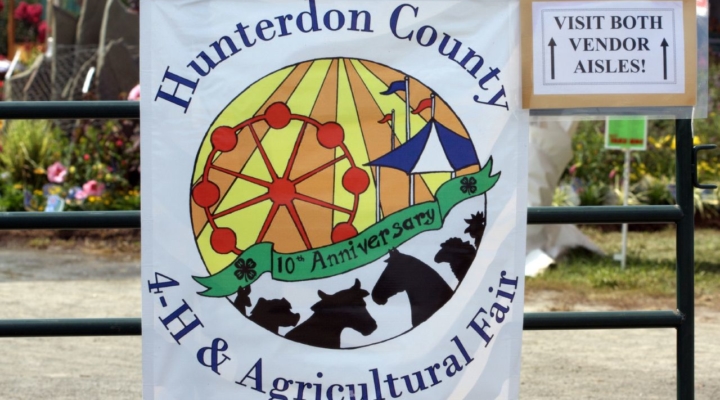 Abbey Goodenough, of Columbus in Burlington County, has been chosen as the 2020 New Jersey Agricultural Fair Ambassador.  The 17-year-old Northern Burlington High School senior was selected from among five contestants by the Agricultural Fair Association of New Jersey during the group’s fall dinner earlier this month in Eastampton. (photo by Egan Snow, creative commons/flickr.com)

TRENTON, N.J. — Abbey Goodenough, of Columbus in Burlington County, has been chosen as the 2020 New Jersey Agricultural Fair Ambassador.  The 17-year-old Northern Burlington High School senior was selected from among five contestants by the Agricultural Fair Association of New Jersey during the group’s fall dinner earlier this month in Eastampton.

As ambassador, Goodenough is charged with visiting the state’s agricultural fairs in 2020, promoting agriculture to the public, and bringing people together to support the state’s farmers. She has been active in several roles on her family’s 280-acre farm. 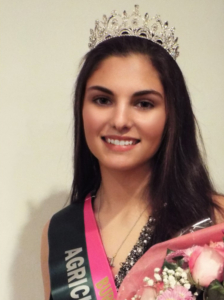 (photo is courtesy of Denise Dabinett)

Goodenough is currently the president of the Northern Burlington High School FFA Chapter. She works on her family’s farm, where they produce hay, straw, corn and soybeans. They also have a small herd of beef cattle, as well as other animals. Goodenough is a member of the National Honor Society and participates in Relay for Life.

“This is really exciting,” said Goodenough on her selection. “I’m going to take this opportunity to share my agricultural experiences with others and be an advocate for the agricultural industry.”

While Goodenough isn’t sure where she will go for college, she is sure that she wants a career involving agriculture, specifically in the beef cattle industry.
“I love our cows,” she said. “One of my first memories of working on the farm was going on one of our hay deliveries and it was to a customer who had cows. I can remember petting those cows. I know I want to raise beef cattle, so maybe I can do something with health inspections with them.”

Goodenough says being part of a farm operation her entire life has helped lay a solid foundation for wherever her career leads.

“It has definitely taught me that you need to work to get what you want out of life,” she said. “Working on a farm is one of the best ways to develop a good work ethic.”

She also can’t wait for the fair season to begin next year.

“I’m excited to see the different agriculture from county to county,” said Goodenough, who was the 2019 Burlington County Farm Fair Queen. “That will be a great experience.”

This is the 17th year the Agricultural Fair Association of New Jersey has named an ambassador. In choosing an ambassador, the Association seeks a good representation of young people active in agriculture in the Garden State and their county fair.

There were 20 agricultural fairs in the state this past summer, including the New Jersey State Fair at the Sussex County Fairgrounds. The earliest fair is held in June, with the final fair of the season in early October.