Home » Burch elected to OFBF board 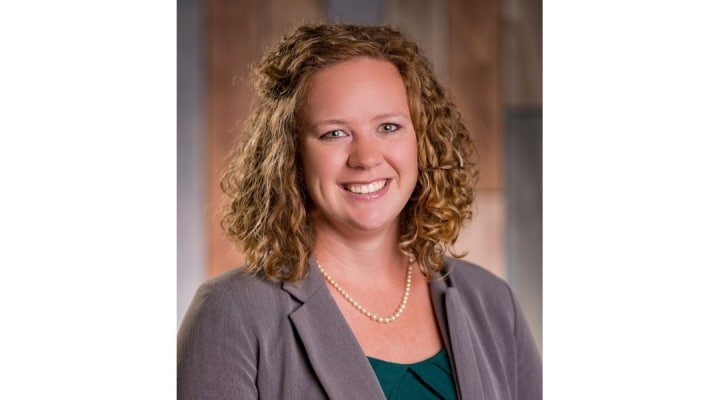 Danielle Burch of Salem has been elected to the Ohio Farm Bureau Federation board of trustees, representing members in District 9 composed of Columbiana, Mahoning, Portage and Stark counties. (Courtesy Photo)

COLUMBUS, Ohio — Danielle Burch of Salem has been elected to the Ohio Farm Bureau Federation board of trustees, representing members in District 9 composed of Columbiana, Mahoning, Portage and Stark counties. She was elected during a special election by delegates from that four-county area and fills the unexpired term of Frank Burkett of Massillon. Burkett stepped down as Ohio Farm Bureau president and trustee in April and was elected to the board of directors for Nationwide.

Prior to her election to the Ohio Farm Bureau board of trustees, Burch served as president of Columbiana County Farm Bureau. She was a member of the OFBF Young Ag Professionals State Committee from 2013-2016, served on the Ohio Farm Bureau Federation Policy Development Committee in 2019, the organization’s Code Committee in 2020 and is also a graduate of American Farm Bureau Federation’s Women’s Communications Boot Camp. Burch received her bachelor’s degree in political science and history at the University of Mount Union in Alliance and master’s degree in education at St. Joseph’s University in Philadelphia. She teaches at United Local High School in Hanoverton.

Burch and her husband, Andrew, have three children and operate a 250-acre freezer beef and pork operation in Salem, where she is a member of the Winona Fire Department Auxiliary and Hanoverton Church of Christ.

Burch joins 25 other farmers on the Farm Bureau board who govern the state’s largest and most inclusive farm and food organization. Ohio Farm Bureau’s mission is working together for Ohio farmers to advance agriculture and strengthen our communities. Learn more at ofbf.org.