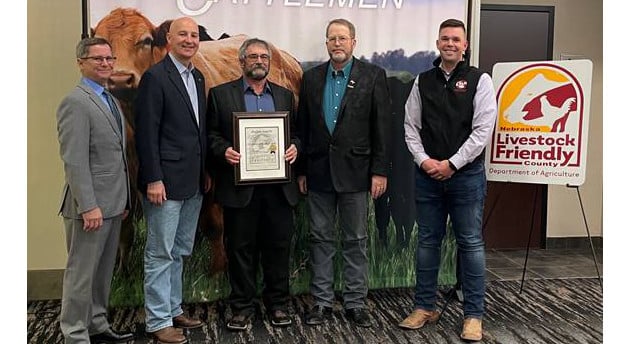 KEARNEY, Neb. — Governor Pete Ricketts has designated Buffalo County as Nebraska’s newest Livestock Friendly County (LFC).  Gov. Ricketts made the announcement during the opening ceremonies at the 2021 Nebraska Cattlemen Annual Convention at the Younes Conference Center in Kearney. Buffalo County is the 51st county in the state to apply for, meet the requirements, and receive the LFC designation.  The Livestock Friendly County program is administered by the Nebraska Department of Agriculture (NDA).

“Buffalo County is home to around 950 farms and many other businesses with direct ties to agriculture,” said NDA Director Steve Wellman.  “With the LFC designation, the people of Buffalo County are showing everyone that they are open for agri-business.  They also recognize that growth in the rural areas of the county creates opportunities in all the communities.  Congratulations to Buffalo County on being named Nebraska’s 51st Livestock Friendly County.”

More than half of the counties in Nebraska have been designated Livestock Friendly.  The complete list is on NDA’s website at: nda.nebraska.gov/promotion/livestock_friendly.

The Livestock Friendly County program was created by the Nebraska Legislature in 2003 to recognize counties that support the livestock industry and new livestock developments.  A county wishing to apply for the LFC designation must hold a public hearing, and the county board must pass a resolution to apply for the designation.  Additional information about Nebraska’s LFC program is available on NDA’s website at nda.nebraska.gov or by calling 531-220-9211. 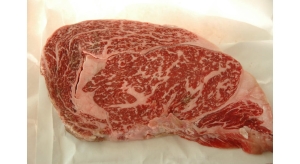 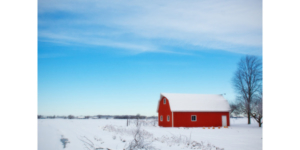 LINCOLN, Neb. — To recognize and celebrate the important role agriculture plays in our everyday lives, the Nebraska Department of Agriculture (NDA) is asking students to enter its annual poster contest highlighting the state’s number one industry. This year’s theme, “Nebraska Agriculture: Straight from the Good Life,” promotes agricultural products grown, raised and/or made in […]