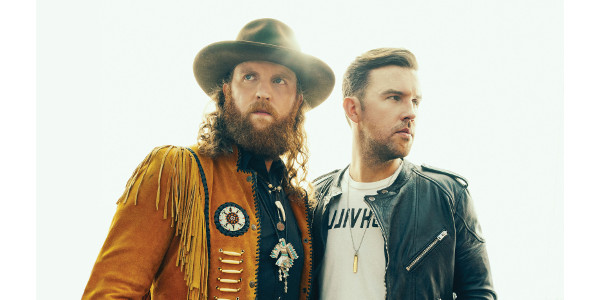 COLUMBIA — Country performers Brothers Osborne will entertain visitors at the 2017 South Carolina State Fair Oct. 11.
The group is among six musical acts slated to perform in the Pepsi Grandstand during the fair’s 12-day run in Columbia.

“This family duo has become a crowd favorite across the country, and we are pleased to have them as part of our Pepsi Grandstand lineup, said State Fair manager, Gary Goodman.

The group plays everything from traditional country to rock & roll, creating a broad, full-bodied sound that would eventually fill the 11 songs on their major-label debut, Pawn Shop. They climbed the country charts with songs like “Stay a Little Longer” and “Rum” and have spent several years headlining their own club shows, touring the country with Darius Rucker, and playing some of the biggest arenas in America with fellow artist, Eric Church.

Brothers Osborne tickets are $15 and include fair admission. They will go on sale at 10 a.m. Sept. 6 and can be purchased at www.scstatefair.org.

The S.C. State Fair is located at Rosewood Drive and George Rogers Boulevard across from Williams-Brice Stadium. This year’s 148th anniversary State Fair will run Oct. 11-22.