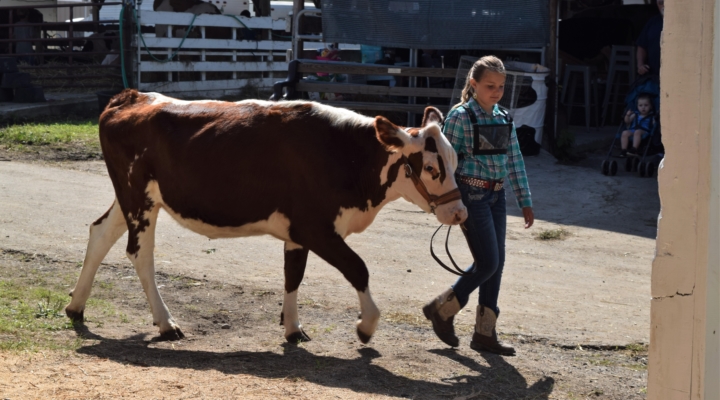 Brooke Lee heading to the show ring with her beef cow. (Courtesy Photo)

BROOME CO., N.Y. — Broome County Fair 4-H Animal Science Show was another huge success this year. All exhibitors did a fantastic job with their 4-H projects and educating the public about agriculture. Congratulations to all Exhibitors on a great job! A special congratulation to the following:

Time to showcase your summer berries