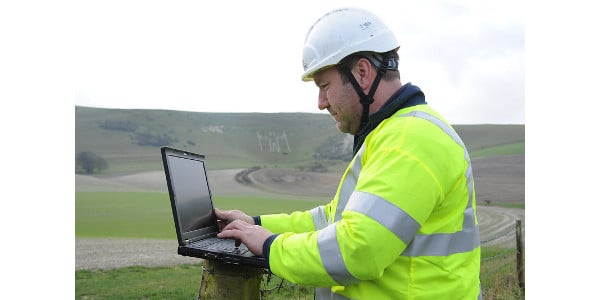 House Bill 2 has passed out of the Ohio House of Representatives. The bill will create Ohio’s first ever Residential Broadband Expansion Program through providing grants to offset construction cost hurdles and help facilitate the expansion of high-speed internet and all broadband services to underserved households across Ohio. (BT's BDUK partnerships fibre rollout photography via Flickr)

COLUMBUS, Ohio — House Bill 2 passed out of the Ohio House of Representatives on Feb. 18. Sponsored by State Representatives Rick Carfagna (R-Genoa Twp.) and Brian Stewart (R-Ashville), the bill will create Ohio’s first ever Residential Broadband Expansion Program through providing grants to offset construction cost hurdles and help facilitate the expansion of high-speed internet and all broadband services to underserved households across Ohio.

The legislation contains $210 million in grant funding over a three-year period, and passed with an emergency clause, putting it in effect immediately.

“This legislation is a critical step in the right direction to ensure reliable, high-speed internet services and broadband services are brought to the most unserved and underserved areas of Ohio,” said Carfagna. “It’s encouraging to see how quickly we can identify and solve problems when we all unite under one common effort.”

“Now more than ever, Ohioans are relying on broadband and internet services in their everyday lives as they work remotely and attend school virtually,” said Stewart. “This is the first bill I sponsored as a State Representative and I was proud to joint-sponsor this legislation alongside my friend and colleague, Rick Carfagna.”

“Sponsored by Senator McColley, Senate Bill 8 is an identical piece of legislation to House Bill 2 but for the emergency clause and updated amounts of funding,” Carfagna said. “It’s exciting to work so closely with our colleagues in the Senate to collectively work on a piece of legislation that is so widely supported.”

Governor DeWine and Lt. Governor Husted have both shown their strong support for House Bill 2.

“The Governor’s Executive Budget proposal makes an unprecedented investment into broadband expansion efforts,” Lt. Governor Husted said. “Thanks to Representatives Carfagna and Stewart for leading the charge on this in the Ohio House so we can address the state’s digital divide from all sides, through dynamic partnerships and solutions, and so that unserved and underserved Ohio families can participate in today’s modern economy, modern education system, and modern healthcare system.”

House Bill 2’s passage is the result of good-faith meetings between legislators, internet providers and Ohio’s Rural Electric Cooperatives. The bill passed with a vote of 91-5 and now heads to the Senate where it will be referred to a committee.

“Broadband is a necessity that much of rural Ohio does not have access to, which has hurt economic development, education, and public health in those areas,” said Adam Sharp, executive vice president of Ohio Farm Bureau. “HB 2 is an important beginning step to address the funding needed for additional broadband infrastructure in rural Ohio. We certainly appreciate the dramatic increase in funding to connect all Ohioans to reliable high speed internet, which will allow our farmers to use more precision agriculture practices for water quality and sustainability and will give all of rural Ohio access to telehealth services.”