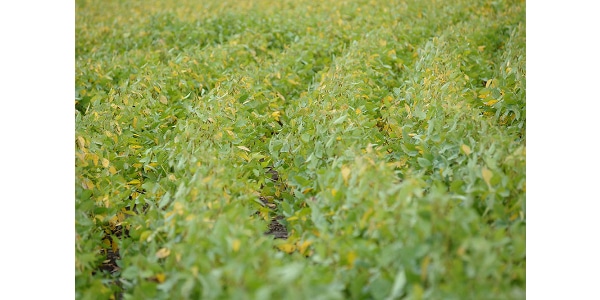 A sweeping study covering 1961 to 2018 showed the Americas, including Brazil, the United States and other countries in the Western Hemisphere produce 85% of the world’s soybeans. (Courtesy of K-State Research and Extension)

MANHATTAN, Kan. — As a professor of agricultural economics, Allen Featherstone knows his way around classrooms and meeting venues. After all, he’s been teaching and conducting research for about 35 years. But the new coronavirus pandemic put a temporary hold on in-person classes and conferences and prompted quick adjustments in how he and his Kansas State University colleagues present information and research findings.

As a result, he and other K-State researchers and extension specialists ramped up what they offer online. That includes a recent video accessible to anyone via YouTube which takes a broad view of food production globally and particularly in the Americas. The information, Featherstone said, gives an idea of what type of food such countries as the United States, Canada, Mexico, Brazil and Argentina produce, how they grow it, and how they’re positioned to help feed a growing global population.

The presentation, Supply and Future Supply Potential in the Americas is based on a study that examined crop production in countries around the world from 1961 to 2018.

Featherstone is the head of K-State’s Department of Agricultural Economics.

“The Americas – North and South America – only represent 23% of the world’s arable land, but are primary producers of corn, also called maize in many parts of the world, growing about 50% of worldwide production. And we’re by far the dominant producers of soybeans at 85% of production,” Featherstone said.

The United States alone, grows 34% of the world’s corn and 35% of its soybeans.

“One of the things to conclude from this is that the world’s going to come to the Western Hemisphere for soybeans and corn,” Featherstone said. He noted, however, that productivity growth is smaller in soybeans than it has been in corn, so there is potential for greater gains in soy.

In contrast, while wheat and rice are important food staples around the world, the Americas are less important producers of wheat at 15% of the world’s supply, and rice at 3%, he said.

Of that supply, the United States provides 7% of the world’s wheat. Acreage planted to wheat has been declining in both Canada and the U.S. in recent years. Mexico tends to have higher yields largely owing to irrigation.

The Americas provide a sizable percentage of beef (43%) and chicken (36%) to the global market but are less important producers of milk (24%) and pork (17%).

Of that supply, the U.S. produces a little more than 18% of the world’s market share of beef and Brazil almost 15%. The U.S. also produces 17% of global chicken supplies and Brazil 13%.

“Taking a look at trends in food production over the years gives us a pretty good idea how we in the United States and the Western Hemisphere are positioned to contribute to the world food supply in the next 20 to 30 years,” Featherstone said.

More information about the economics of agriculture, including videos, audio interviews, written reports and upcoming events are available on www.agmanager.info.