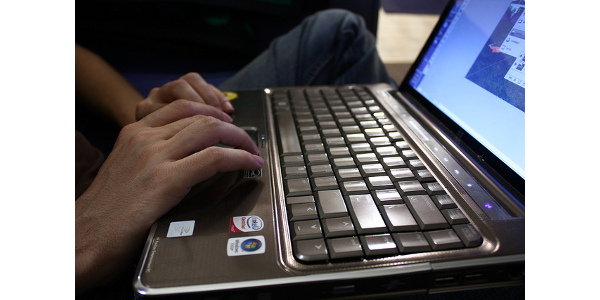 On July 8, experts from all four University of Missouri System universities and MU Extension unveiled a pilot plan to expand broadband access in a rural community. (Hillary via Flickr)

COLUMBIA, Mo. — On July 8, experts from all four University of Missouri System universities and MU Extension unveiled a pilot plan to expand broadband access in a rural community. In a public webinar, the UM System Broadband Leadership Team offered highlights of its report.

“The UM System is poised to support broadband expansion in local communities through faculty and staff research and programs, partnerships, and the Extension network across Missouri,” said Marshall Stewart, UM System chief engagement officer and MU vice chancellor for extension and engagement. “But to do so, we need to have an intimate, practical understanding of what is entailed in making high-speed internet work for these communities, and this report does just that.”

Following a workshop last month with community leaders, the team developed several actionable insights and recommendations for Bollinger County, a southeastern Missouri county in which four out of five residents currently do not have access to broadband internet.

In addition to identifying the cost issues for broadband businesses due to low population density and rural terrain, the team offered solutions for affordability, including the possibility of subsidies and a marketplace that allows consumers to choose from several providers. Legal experts also noted the need for clearer regulations concerning telecommunications services. These recommendations are intended to serve as a model for further expansion of broadband throughout the state.

In addition to a summary of the report, the webinar featured information about the Missouri Resource Rail, a website that brings together businesses and resources in a database that can assist communities in expanding their broadband coverage. Such resources include MOSourceLink, which offers help to those looking to start or grow a business, and MU Extension’s Center for Applied Research and Engagement Systems (CARES), which collects data to help the public, policymakers and nonprofit organizations make more informed decisions.

The Resource Rail also includes a broadband planning guide that incorporates findings from the report into an interactive resource that covers common questions from communities, provides maps of broadband access rates, and lists eligibility for assistance funds by county.

“Broadband access is an emerging topic, and the Missouri Resource Rail provides a space to get up to speed and get moving,” said Sam Tennant, program coordinator for CARES. “It’s a space for shared learning, best practices and collaboration.”

Tennant also announced the formation of a new steering committee, which he said would be meeting to map out the process for implementing the report’s recommendations, both in Bollinger County and across the state.

Roots of resilience run deep in 4-H and ag