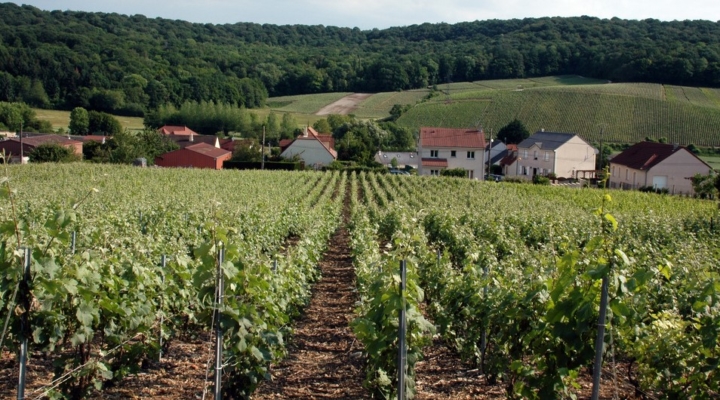 VILLEVENARD, France (AP) — Frederic Berthelot has eight hectares (20 acres) of vines on the slopes above this tiny village in France’s Champagne region, his vineyard distinguishable from others in the area by the tiny rose bushes planted at the base of each vine.

The roses are a bellwether for parasites. But as Britain and the European Union crawl through a protracted divorce, Berthelot has more to worry about than bugs. His century-old business decided to start exporting to Britain for the first time just as the country voted to leave the EU. The pound immediately plunged, making imported wine more expensive in Britain. Eighteen months later, Berthelot and his British trading partner are still waiting to find out what rules will govern future trade.

“We are in a period of transition, of uncertainty,” he said. “There are worries.”

While British and EU officials last week trumpeted their success in reaching a deal on preliminary Brexit issues such as the rights of citizens in each other’s territories and the status of Britain’s physical border with the Republic of Ireland, the future relationship between the two sides remains in limbo. Even if European leaders authorize the start of trade talks during a meeting this week in Brussels, it may be another year before any concrete decisions are reached.

That is likely to take a toll on economic growth —and jobs — because businesses will delay investment as they wait to see what the final deal looks like, said Jeffrey Bergstrand, an expert on international trade at the University of Notre Dame in Indiana.

“It creates uncertainty about the direction of economic activity,” he said. “The uncertainty creates waiting, and waiting creates a negative impact.”

Britain’s economy has already slowed markedly this year amid the Brexit uncertainty. At the start of the year, it was the fastest-growing economy in the Group of Seven industrialized democracies. Now it is the slowest.

A study by the U.S.-based RAND Corp. suggests the U.K. economy is likely to suffer under the most likely Brexit scenarios. If Britain were to leave without a deal, forcing trade to be conducted under generic World Trade Organization rules, the country’s economic output in 2029 would be about 5 percent lower than if Britain had stayed in the bloc, the study found.

Wine drinkers are among the first to feel the effects.

The drop in the value of the pound has made wine more expensive in Britain. In addition, consumers are likely to cut back on luxury spending as rising inflation reduces disposable income and the steady drumbeat of negative Brexit news — stalled talks, squabbling leaders, political instability — makes people more cautious, said Jonny Forsyth of Mintel, an international market research firm.

“It’s not good news for alcohol. Full stop,” Forsyth said. “When consumers are faced with uncertainty they tighten their belts a bit. It will get even more so next year.”

That’s bad news for winemakers because Britain is the world’s fourth-biggest wine consumer, behind the United States, Germany and France. Retail sales of wine in the U.K. reached almost 1.1 billion liters last year, the vast majority of it imported.

It’s potentially even tougher for old world winemakers like Berthelot — small business owners who face competition from New World brands that can be cheaper and who deploy marketing strategies to entice consumers confused by the “wall of wine” encountered at grocery stores.

That advertising taps into Britain’s longtime love affair with Champagne, the favorite drink of Winston Churchill, who was a fan of Pol Roger, made in the famed Champagne town of Epernay. And at this time of year Britons, who often repress their admiration for all things French, love to put this little luxury on their Christmas tables. Supermarkets offer loss leader discounts that have made sparkling wine a British institution as well as a French one.

Berthelot, whose Roger Barnier brand is named after his grandfather, hoped to take advantage of that thirst. He recently opened a new horizon for his business, partnering with London-based entrepreneur Richard Ellison to export his champagne to Britain for the first time, despite the specter of Brexit.

Although shipments have been disappointing, Berthelot is playing the long game from this village of 220.

Wearing only a sweater and neck scarf against the December cold, the 54-year-old is quietly passionate and proud of his product. The business has been in his family for five generations. His oldest vines, from 1910 and 1915, survived both world wars and a bug that damaged other vines in the region in the late 19th and early 20th centuries. The house supplied Champagne to the French presidential palace under Nicolas Sarkozy and Francois Hollande. A thank you card from the palace hangs among award certificates.

He’s confident that sales will eventually improve as he is in a quality-price ratio that’s doing well globally.

“Well, at least I hope I’m not wrong,” he says with a laugh.

Ellison started Wanderlust Wine just before Brexit with the idea of shipping wine from a group of small producers not found in the U.K. direct to individuals in Britain. He is still betting the model will succeed, even though he’s frustrated with the Brexit headaches caused by warring politicians.

“As a small business, I don’t understand why it’s taking so long to make a decision,” he said during a tour of Berthelot’s vineyard. “We still don’t have a decision about how it’s going to affect everyone longer term.”

Ellison and Berthelot clink glasses as they discuss their partnership. They make a funny pair: Berthelot has the unhurried dignity of a man who works the land and crafts a treasured product; the boyish, fast-talking Ellison is a former banker with a global world view.

But they agree on one thing: whatever havoc Brexit might cause now, the British will always drink Champagne.

“Champagne is part of the lifeblood of the Brits really, part of what bonds us to France,” Ellison said. “We drank it for centuries. So why stop now?”