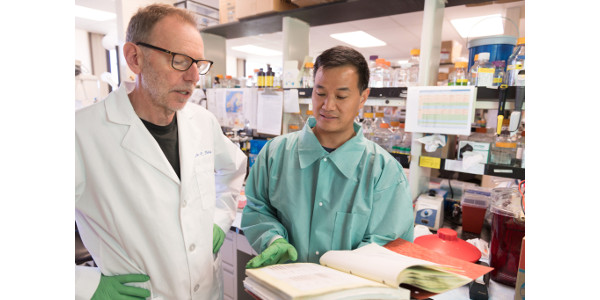 FORT COLLINS, Colo. — Infectious proteins called prions cause a group of related, fatal and incurable neurodegenerative disorders, including bovine spongiform encephalopathy or Mad Cow disease and Creutzfeldt-Jakob disease, both of which affect humans.

Chronic wasting disease or CWD, also caused by prions, has reached the point of a global epidemic among deer, elk and members of the deer family. The latest estimates show 26 states and three Canadian provinces have reported the disease in animals on farms and those who are free-ranging. CWD was inadvertently introduced in South Korea in the 1990s and has also recently been identified in Norway, Finland and Sweden.

Scientists’ efforts to more fully conduct research have been hindered due to the constraints of studying this disease in deer and elk; this type of research is challenging, costly and requires large laboratory spaces.

But that may now change. Researchers at Colorado State University, led by Professor Glenn Telling, have developed a new gene-targeted approach to study chronic wasting disease in mice, allowing opportunities for research that has not previously existed.

“It’s a real breakthrough in the field,” said Telling, director of the Prion Research Center at CSU. The study was published May 29 in the Proceedings of the National Academy of Sciences.

The research team also detected a difference in prion strain properties in deer and elk, which is significant because these properties control the ability of whether prions can transmit a disease between species.

Telling said that development of the new mouse model has been in the works for years. The scientists replaced the gene that encodes the prion protein in the mouse and replaced it with an exact replica of the code from either deer or elk.

Understanding the number of strains of CWD that exist in the world is incredibly important for animal and human health.

“Ultimately, we want to understand whether or not human beings exposed to CWD prions will contract a new form of human prion disease,” Telling said. “We still don’t understand the potential for prions to transmit disease from one species to another.”

The research team is already working on a gene-targeted model to study the potential for CWD transmission to human beings.

Master’s in biomanufacturing and biotechnology