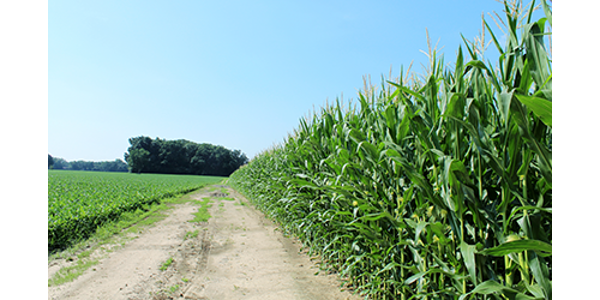 In a US market largely driven by supply and demand, it is expected prices will remain moderately low for both crops, unless there are drastic changes in crop output in other countries. (Dwight Burdette [CC BY 3.0] via Wikimedia Commons)

BROOKINGS, S.D. — The 2016 U.S. crop-year showed record acreage for soybeans and a large acreage for corn. The combination of more acres, warm temperatures, and adequately-timed rainfall events, resulted in also record yields. According to the NASS stocks for corn and soybeans have been increasing since 2014, a trend that’s likely to continue in 2017. In a US market largely driven by supply and demand, it is expected prices will remain moderately low for both crops, unless there are drastic changes in crop output in other countries. This situation has impacted farm profitability which was down for the third consecutive year. Land values are also expected to drop since they usually follow commodity prices. According to 2017 USDA Farm Service Agency figures, farm net worth, defined as asset value minus debt, will likely follow suit during 2017, down for the third consecutive year. Farm debt-to-asset ratio is forecast to be higher at almost record values.

In order to attempt to sell at a profit rather than taking a hit, it is important for corn and soybean producers to know their breakeven yields. Table 1 shows the 2016-2018 costs of production according to the USDA Economic Research Service (ERS. 2017). Projected costs were calculated on projected changes based on indexes of prices paid for farm inputs. 1. Commercial fertilizer, soil conditioners, and manure. 2. Custom operations, technical services, and commercial drying. 3. Purchased irrigation water, cotton ginning, and baling straw. Source: Compiled by ERS using Agricultural Resource Management Survey data and other sources.

Operating costs of production for corn were 49% of the total in 2016, and are expected to remain the same through 2018. Operating costs of production for soybeans as a percent of the total were approximately 36% of the total, and are also expected to be nearly the same across all three years. With average corn and soybean yields of 157 and 44 bushels per acre (NASS 2017), and price at harvest of $3.59 and $8.95, one can calculate the 2016 breakeven yields for both crops. For corn it can be calculated dividing total operating costs by the harvest price per bushel, which for 2016 was: 331.2/3.59 or 92 bushels. When overhead costs were factored in however, the corn yield needed to breakeven was 672.4/3.59 or 187 bushels. The breakeven yield for the operating costs of soybeans can be calculated similarly dividing total operating costs by harvest price per bushel, which for 2016 was: 169.7/8.95 = 19. That is to say that 19 bushels of soybeans were needed to breakeven. When overhead costs were included the soybean yield needed to breakeven was 472.5/8.95 = 53 bushels.

In summary, when calculating breakeven yields for corn and soybeans there is a need to first define if the opportunity costs for land and labor are going to be included. When both opportunity costs were not included in the breakeven yield calculations of the 2016-crop season, any yields above 130 bushels for corn and 33 bushels for soybeans sold at harvest represented income over breakeven prices.