Home » Break in the heat? Don’t let your guard down, says K-State climatologist 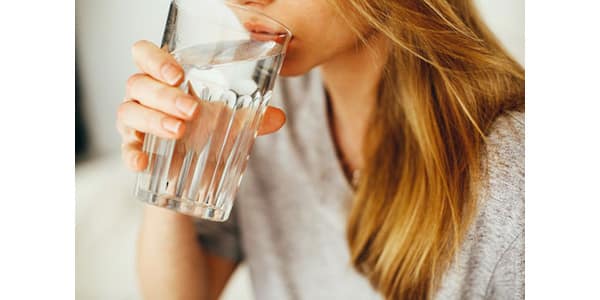 Plenty of water and electrolyte drinks are important in off-setting the effects of heat. (Courtesy of K-State Research and Extension)

MANHATTAN, Kan. — Much of Kansas and the Midwest is getting a little break from the triple-digit heat the region experienced in mid-June, but Kansas State University climatologist Mary Knapp says don’t be fooled by the lower temperatures.

“It doesn’t have be 95 or 100 degrees (Fahrenheit) outside to cause problems with heat-related illnesses,” Knapp said.

“Keep in mind that your body will react differently depending on your age,” Knapp said. “Younger children and older adults are more likely to face negative complications from the heat than somebody in middle age.”

People of all ages can benefit from keeping indoor spaces cooler, Knapp said. That includes opening windows and running ceiling fans at night when the air outdoors is relatively cooler.

“You want to make sure you have windows open when you’re moving air with fans so that you’re exchanging air, otherwise you’re basically setting up a convection oven; you’re moving air around, but you’re not cooling anything down,” Knapp said.

A 1980s study during a major heat wave in Chicago found that people who ran fans indoors but didn’t open windows actually heated up faster than they would have otherwise, she noted.

“If you’re dependent on a fan to cool your home, turn it in a direction to blow air out during the hot part of the day, and then turn it around to blow air in at night,” Knapp said. “There are also some window fans that have the capacity to switch the direction the blades are flowing during the different parts of the day.”

Knapp urged all to be particularly cognizant of children and older adults during hotter weather. “They may not be able to articulate what is causing a problem. Sometimes it manifests itself as cranky behavior. Keep them hydrated. They may not know that they are thirsty in order to ask for water. Water or an electrolyte drink is best (because) you don’t have the complications with sugar that you might by drinking juice.”

When planning outdoor activities – such as gardening, mowing the lawn or even having a picnic – start hydrating by at least the night before. “Wear a hat and sunscreen to avoid sunburn. Sunburn can also have a negative impact on the body’s ability to cool itself down.” Avoid outdoor activities between 10 a.m. and 2 p.m. when the sun is at its highest angle.

And, she said, resist leaving people and pets in cars. Even during cooler days, it doesn’t take long for a vehicle to become dangerous.

For updated information, visit the Kansas Mesonet page maintained by Kansas State University. The site includes an animal comfort index that is useful for agricultural producers, as well as a heat index page that lists current temperatures, humidity, heat index and wind speeds for all areas of the state.