Home » Break from frigid temps will have corn moving 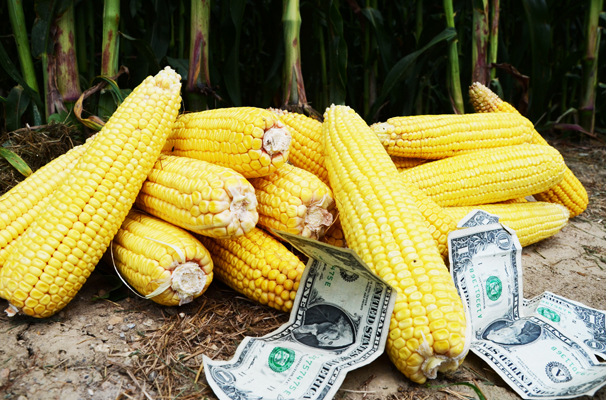 A slight upward tick in corn prices may be a sign to sell.

WASHINGTON — Some parts of rural America have seen a heavy dose of snowfall over the past 2 weeks, while other parts of the country have seen temperatures well below freezing. Some experienced both.

The frigid weather and snow-covered roads have put a halt to corn movement across the Corn Belt. But now that winter is taking a milder approach for the second half of January, trucks will be loading up and heading to the elevator.

“Producers have been pent up with wanting to get some corn moved at this stage in the game,” said Mike Zuzolo of Global Commodity Analytics. “Given current basis levels being much better than they normally are I think if you’re going to be long the corn market, you don’t want to be long the bin.”

Funds are currently short and commercials have been selling this week on the Chicago Board of Trade in anticipation of more cash corn coming to their facilities in the next week or two as farms thaw out.

If there is price action over the next few weeks, it will be because of weather issues in South America.

“We do have a bonafide weather market now starting to work itself into the mix in terms of what’s going on in Argentina,” Zuzolo said. “The corn planting window is now closed in that country and there are private experts that are saying that there could be as much as a 10 percent loss in that corn crop. I think that is a valid number.”

As for soybeans in South America, Zuzolo said the Argentine/Buenos Aires Grain Exchange is now talking about reducing its 2017-18 soybean planting area again due to the planting delays because of dry conditions.