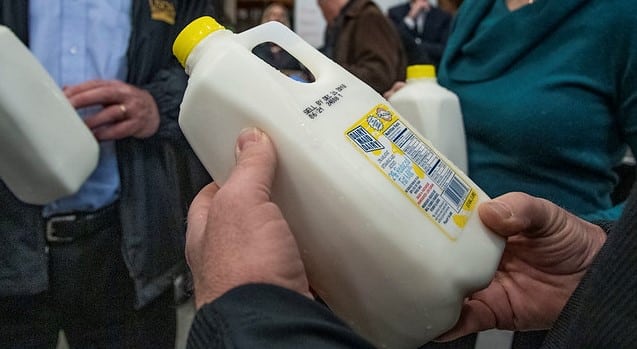 The RFP solicits proposals for projects that market and promote New York-produced fluid milk and dairy products with the goal of increasing consumer demand for and consumption of New York’s many dairy products. (U.S. Department of Agriculture, Public Domain)

ALBANY — The New York State Department of Agriculture and Markets today announced that the Dairy Promotion Order (DPO) Advisory Board has issued a Requests for Proposals (RFP) for dairy promotion projects, as part of its $15 million checkoff fund. The RFP solicits proposals for projects that market and promote New York-produced fluid milk and dairy products with the goal of increasing consumer demand for and consumption of New York’s many dairy products.

To be considered for funding, applications are due September 7, 2020.  Applications and additional information can be found on the Department’s website.

An RFP focusing on dairy research projects was released on July 24.

The DPO Advisory Board met on July 27 to discuss its priorities and goals for 2021 and to receive updates on previously funded projects.  The Board identified six goals to guide its work in boosting the dairy industry in New York State. The goals are: