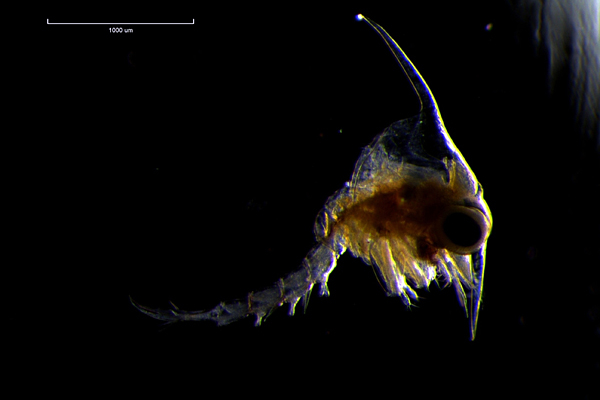 NEW BRUNSWICK, N.J. — Like people, blue crabs aren’t all the same sizes and shapes. Now Rutgers scientists have discovered substantial differences in the body structures of larval crab siblings and among larvae from different mothers. And that can mean the difference between an early death and survival into adulthood for this important commercial and recreational species.

Unlike other crab species, these larval differences aren’t related to the size of their mothers, according to a study in The Biological Bulletin. The differences can mean that babies from certain mothers may swim or feed more efficiently than others, giving them an advantage.

“Early larval stages of crabs can be challenging to work with in the lab, but they are key life stages to study in order to understand blue crab populations,” said lead author Joseph Caracappa, a Rutgers University–New Brunswick doctoral student based at Rutgers’ Haskin Shellfish Research Laboratory in Port Norris, New Jersey.

Blue crab larvae — the earliest life stage — look almost nothing like adult crabs and live in open water off the coast of New Jersey. Blue crabs support a substantial fishery in the Garden State and other eastern U.S. states, including Maryland. Scientists have been interested in the species for more than a century, yet much remains unknown about what happens to them early in life.

The study by Caracappa and senior author Daphne Munroe, an associate professor based at the Haskin laboratory, looked at the offspring of 21 blue crabs. The researchers photographed the larvae and examined their defensive spines, swimming appendages and overall size and shape.

The researchers are now testing how differences in body type relate to swimming ability. Last summer, a high school student from Princeton Day School in New Jersey worked with Rutgers scientists to examine the swimming ability of larvae from different mothers and compared that with larval body structures.

Harvest of sushi fish shut down until March 1