Home » Birds are back at the 101st Farm Show 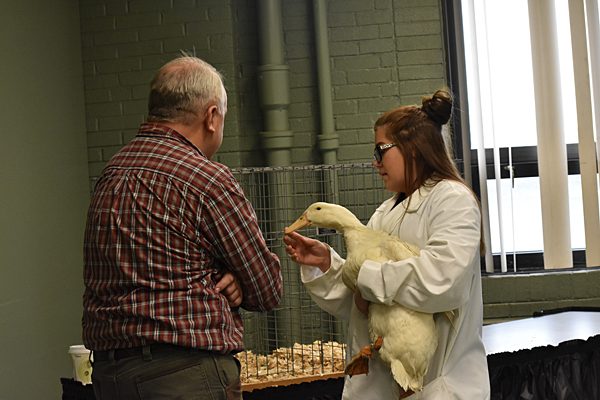 HARRISBURG, Pa. — After a year-long hiatus, poultry exhibitors have returned to the 2017 Pennsylvania Farm Show with their birds in tow. A 2015 suspension of avian activities at Pennsylvania’s county and community fairs also applied to the 2016 PA Farm Show, all as a preventative measure against the threat of an avian influenza outbreak that was occurring in other states.

This year, a total of 639 chickens, ducks, geese, and turkeys were judged in their new locations within the Farm Show Complex. Poultry were located in Exhibition Halls B and C and remained in the building until Monday, leaving earlier than previous years in an effort to improve biosecurity practices and “leave a smaller footprint,” according to poultry show chairman Phillip Clauer.