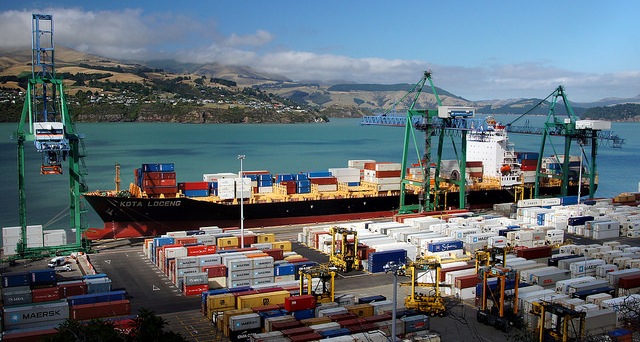 South Korea had been one of a few nations that issued a blanket ban on egg and poultry imports during the U.S.' 2015 outbreak that resulted in the deaths of 49 million turkeys and chickens. But it seeks help now that it has lost about 26 million chickens — and a third of its egg-laying hens — to the H5N6 strain since November. (Bernard Spragg. NZ, Flickr/Creative Commons)

DES MOINES, Iowa (AP) — South Korea is in the throes of a bird flu outbreak has asked the United States to ship it shell eggs, marking the first time the Asian country has sought to buy large quantities of fresh U.S. eggs.

The demand is good for a U.S. egg industry that’s awash in the product, having replenished its flocks after the 2015 bird flu outbreak and ending up with an oversupply that sent domestic prices to industry lows — about 79 cents a dozen earlier this month.

South Korea had been one of a few nations that issued a blanket ban on egg and poultry imports during the U.S.’ 2015 outbreak that resulted in the deaths of 49 million turkeys and chickens. But it seeks help now that it has lost about 26 million chickens — and a third of its egg-laying hens — to the H5N6 strain since November. It’s South Korea’s worst bird flu outbreak surpassing the 14 million birds killed in 2014.

The agreement to export shell eggs was announced Friday by the U.S. Department of Agriculture, which kept prices from sliding further, according to Urner Berry protein market analyst Brian Moscoguiri. Although deals are still being signed, Moscoguiri said he is aware of contracts for three or four airline flights of eggs — equivalent to as many as three or four million eggs.

“We had never shipped shell eggs there before so we did not have a formal protocol between our two governments,” said Jim Sumner, president of the U.S. Poultry and Egg Export Council, an industry trade group which promotes the global export of U.S. poultry and eggs.

Some of the eggs are coming out of Iowa, which is the nation’s leading egg producer. Marcus Rust, the CEO of Rose Acre Farms, which supplies the second-most eggs in the U.S., says that the demand comes at a good time for producers, who usually see a lull in the first few months of a new year.

The U.S. has been called upon to help because it remains free of the bird flu in commercial poultry production. But the disease is a problem in Asia, Europe and other locations. Birds have died in Bulgaria, China, Iran, Japan, Nigeria and Taiwan, and at least three people have died and 19 people are sick in China from infections of H7N9 strain.

The bird flu is still a threat in the United States, however, with the USDA saying this week that a wild mallard duck in Montana tested positive for the H5N2 virus.

“This finding serves as a powerful reminder that there is still avian influenza circulating in wild birds, and producers and industry need to continue to be vigilant about biosecurity to protect domestic poultry,” said Dr. Jack Shere, USDA Chief Veterinarian, in a statement.

Food prices fall for 5th year in a row