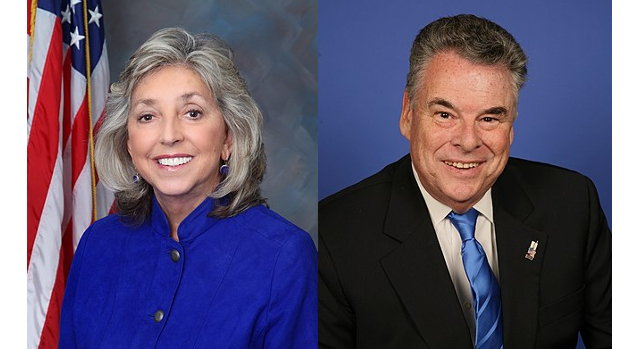 The bipartisan legislation, formerly titled the Animal Emergency Planning Act, would require entities regulated under the Animal Welfare Act, such as zoos, commercial animal dealers, and research facilities to have contingency plans in place to safely evacuate and care for animals in an emergency or disaster situation. (Public Domain Photos)

The bipartisan legislation, formerly titled the Animal Emergency Planning Act, would require entities regulated under the Animal Welfare Act, such as zoos, commercial animal dealers, and research facilities to have contingency plans in place to safely evacuate and care for animals in an emergency or disaster situation. The text of the bill can be downloaded here (PDF).

“The lives of animals are too precious to leave to chance,” said Congresswoman Dina Titus (NV-1). “This bipartisan bill will ensure that zoos, commercial breeders, research facilities, and the like are prepared to keep their animals safe when disaster strikes. Sadly, we’ve learned that if these entities do not have a plan in place when an emergency hits, it is already too late. I’m grateful for the support of Representative King and the many animal advocacy organizations that are helping advance this important legislation.”

“For those who are responsible for the care and wellbeing of animals it is imperative that they have an emergency plan in place when a disaster strikes,” said Representative Pete King (NY-2). “I am proud to work with Rep. Titus on this legislation to ensure the safety of animals with a completely reasonable and simple plan.”

“The ASPCA has witnessed firsthand how a lack of preparation for disasters can lead to dire consequences for animals left behind,” said American Society for the Prevention of Cruelty to Animals Senior Vice President of Government Relations Nancy Perry. “Those who hold a license under the Animal Welfare Act bear a special responsibility to plan ahead for hurricanes, fires, floods, or other disasters that may strike. We thank Representatives Titus and King for their efforts to address the needs of animals in the event of an emergency.”

“Labs, zoos and other USDA-regulated facilities have an obligation to protect animals in captivity from devastating natural and man-made disasters,” said Animal Welfare Institute President Cathy Liss. “These animals are at the mercy of their handlers because they have no way to escape. The PREPARED Act would ensure that no USDA-regulated facility is ever caught unprepared in a crisis — and that no animal gets left behind.”

“Disasters don’t discriminate, and they threaten people and animals,” said Animal Wellness Foundation Director of Federal Affairs Holly Gann. “It’s just common sense, and common decency, that commercial operations – such as commercial dog breeders and animal circuses – should have plans in place to ensure the safety of the animals in their care.”

“When disasters strike, preparation is crucial to effective response,” said Association of Zoos and Aquariums President and CEO Dan Ashe. “AZA-accredited zoos and aquariums are leaders in disaster preparedness, and our 233 member facilities applaud Congresswoman Titus and her cosponsors for their leadership in introducing the PREPARED Act. It will provide needed and helpful focus in an era of changing climate and increasingly unpredictable and severe weather events.”

“Animals are too often the innocent victims when emergencies and disasters strike,” said Best Friends Animal Society Legislative Attorney Lee Greenwood. “Making sure that plans are in place to protect them is not only a common-sense solution, but it will save lives and ensure that people are prepared to act when these incidents occur. We want to thank Congresswoman Titus and Congressman King for their continued support of animal-friendly legislation that is making our country a safer and more humane place for people and pets.”

“Having worked to reunite pets with their families post-Hurricane Katrina, I know the difficulties of providing care for thousands of animals after a significant disaster,” said Humane Society Legislative Fund President Sara Amundson. “So, it only makes sense that commercial operations with animals under their care should have the responsibility to plan for emergencies as required by the PREPARED Act. We commend Representatives Dina Titus and Peter King for introducing the PREPARED Act. Given the increasing frequency and intensity of weather-related emergencies, we urge Congress to swiftly adopt this common-sense reform to help improve disaster preparedness by animal dealers, laboratories, zoos, and other federally licensed facilities under the Animal Welfare Act.”

–The Office of Representative Dina Titus