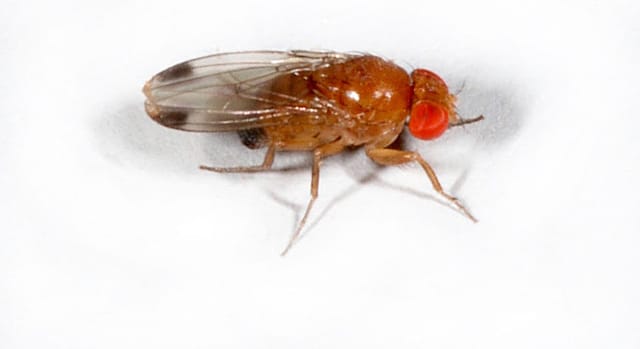 Spotted-wing Drosophila is native to East Asia and was first detected in the United States in California in 2008. It has since established in most fruit-growing regions in North America. (Oregon State University, Flickr/Creative Commons)

WASHINGTON — APHIS has prepared an environmental assessment for permitting the release of the insect Ganaspis brasiliensis for the biological control of spotted-wing Drosophila (Drosophila suzukii) in the continental United States. Based on the environmental assessment (EA) and other relevant data, the agency has reached a preliminary determination that the release of this control agent within the continental United States will not have a significant impact on the environment.

The proposed action is intended to reduce the severity of damage to small fruit crops from infestations of spotted-wing Drosophila (SWD) in the continental United States. SWD is native to East Asia and was first detected in the United States in California in 2008. It has since established in most fruit-growing regions in North America.

Permitting the release of Ganaspis brasiliensis is necessary to reduce SWD populations in non-crop habitats. This would reduce the number of SWD that migrate into susceptible crops and would thereby improve the effectiveness of other SWD control tools. Classical biological control is a useful management strategy for an invasive pest species whenever effective resident natural enemies are lacking in the new distribution range.

USDA touches the lives of all Americans each day in so many positive ways. In the Biden-Harris Administration, USDA is transforming America’s food system with a greater focus on more resilient local and regional food production, fairer markets for all producers, ensuring access to safe, healthy and nutritious food in all communities, building new markets and streams of income for farmers and producers using climate smart food and forestry practices, making historic investments in infrastructure and clean energy capabilities in rural America, and committing to equity across the Department by removing systemic barriers and building a workforce more representative of America. To learn more, visit www.usda.gov.