Home / National / Biofuels Coalition disappointed in Supreme Court decision
A new user experience is coming! We'll be asking you to login to your Morning Ag Clips account March 1st to access these new features.
We can't wait to share them with you! Read more here. 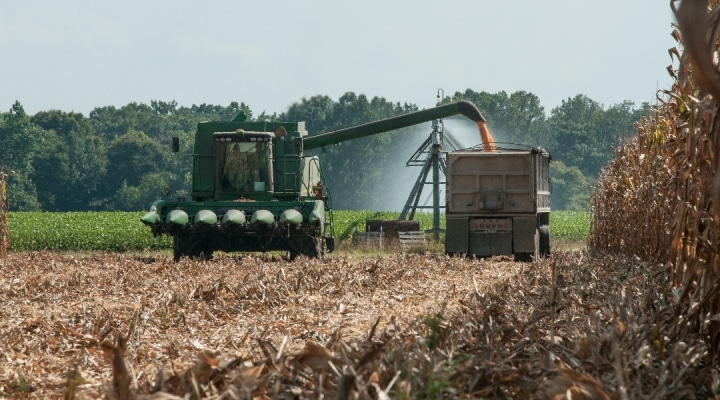 "While we are extremely disappointed in this unfortunate decision from the Supreme Court, we will not stop fighting for America’s farmers and renewable fuel producers," stated coalition members. (U.S. Department of Agriculture, Public Domain)

WASHINGTON — A coalition of renewable fuel and farm groups expressed “extreme disappointment” in today’s U.S. Supreme Court decision overturning a 2020 appellate court ruling that struck down three improper small refinery exemptions granted by previous EPA administrators. However, because certain elements of the appellate court ruling were left unchallenged and were not reviewed by the Supreme Court, the groups remain optimistic that the Biden administration will discontinue the past administration’s flagrant abuse of the refinery exemption program.

Today’s decision stems from a May 2018 challenge brought against EPA in the U.S. Court of Appeals for the Tenth Circuit by the Renewable Fuels Association, the National Corn Growers Association, National Farmers Union, and the American Coalition for Ethanol, working together as the Biofuels Coalition. The petitioners argued that the small refinery exemptions were granted in direct contradiction to the statutory text and purpose of the RFS.

In January 2020, the Tenth Circuit decided that EPA cannot “extend” exemptions to any small refineries whose earlier, temporary exemptions had lapsed. According to the Circuit Court ruling, “the statute limits exemptions to situations involving ‘extensions,’ with the goal of forcing the market to accept escalating amounts of renewable fuels over time.” While the Supreme Court failed to affirm this portion of the Tenth Circuit decision, the Biofuels Coalition pointed out that the appellate court also ruled that EPA’s exemption decisions must reconcile the agency’s consistent findings that all refineries recover the costs of compliance with the RFS, and that EPA may only use hardship caused by the RFS to justify granting exemptions. Despite today’s Supreme Court decision, EPA must still resolve those other aspects of the Tenth Circuit ruling.

“Nearly a year and a half ago, the Tenth Circuit handed down a unanimous decision that was ultimately adopted by the very agency we took to court in the first place,” coalition members said. “While we are extremely disappointed in this unfortunate decision from the Supreme Court, we will not stop fighting for America’s farmers and renewable fuel producers. Further, we are optimistic that other elements of the Tenth Circuit decision, which were not reviewed by the Supreme Court, will compel the Biden administration and EPA’s new leadership to take a far more judicious and responsible approach to the refinery exemption program than their predecessors did.”

Irrespective of today’s decision, the Biofuels Coalition thanked President Biden and EPA Administrator Regan for taking swift action to rein in the previous administration’s mismanagement of the small refinery exemption program. After carefully reviewing the issue, new EPA leadership in February reversed the agency’s previous position and announced support for the Tenth Circuit decision. In April, EPA decided to revoke three last-minute refinery exemptions granted the day before President Biden’s inauguration; and in May, EPA announced it would cooperate with a Government Accountability Office investigation into the past administration’s adjudication of small refinery exemptions.

As of today, 70 small refinery exemption petitions remain pending with EPA, for the compliance years 2011-2020.

USDA to invest $10M to support climate-smart agriculture and forestry