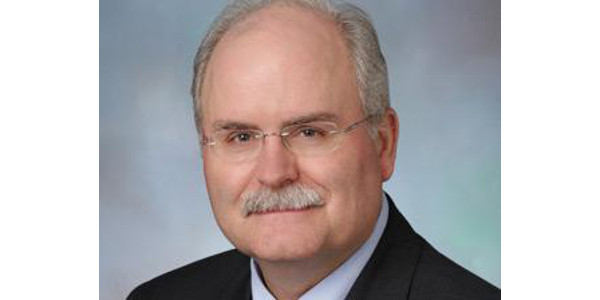 “We are encouraging our leadership to take action that will get us working together again,” said U.S. Grains Council President and CEO Tom Sleight. “I look forward to the day we are back to working together on global markets rather than putting in place protectionist measures that will ultimately hurt the global industry and our collective ability to reap the benefits of biofuels.” (grains.org)

WASHINGTON, D.C. — Growth Energy, the Renewable Fuels Association, and the U.S. Grains Council are calling upon the U.S. government to develop an immediate response to Brazil’s newly implemented tariffs on U.S. ethanol imports, a trade barrier that threatens over $750 million in U.S. exports and American jobs.

On August 23, 2017, Brazil’s Chamber of Foreign Trade imposed an immediate two-year tariff-rate quota (TRQ) system for ethanol imports. Under the TRQ, a 20 percent tariff will be applied to purchases from the U.S. after a 600 million-liter (158.5 million gallon) quota is met. This year fuel ethanol exports to Brazil are at 1.17 billion liters (310 million gallons) through July, according to Census Bureau trade data.

The three organizations, which work jointly and with the U.S. Department of Agriculture (USDA) to develop overseas markets for U.S. ethanol, are imploring the Administration to immediately engage their Brazilian counterparts on the future of our relationships with regard to biofuels. It is vital that the Administration take immediate action and consider all avenues to encourage Brazil to either revoke the TRQ or substantially increase the tariff-free quota level to better reflect the current ethanol market and trade realities.

Brazil’s tactics are the latest step in a troubling global trend towards protectionist tariffs and other actions against the American biofuels industry. As the largest ethanol export market for American producers, the impact of this economic attack is both damaging and thoroughly counterproductive. American jobs, farms, and businesses are at risk; this cannot go unanswered.

As the two largest democracies and economies in the Western Hemisphere, Brazil and the U.S. share one of the world’s most important trade and economic relationships. However, this decision will not only hurt America’s ethanol industry, because ultimately, Brazil’s consumers will also pay the price as this will drive up their costs at the pump. Our hope is that this decision will be reversed.

“Brazil’s action is a violation of our mutual, longstanding agreement to maintain open trade between our countries, and the United States should not take this lying down,” Growth Energy CEO Emily Skor said.

“When faced with the consequences of their decisions and bad economics, countries are shifting the pain to the American corn farmer. Brazil’s actions undermine the zero-ethanol tariff arrangement between our two countries that has been in place for several years and that damage the potential cooperation between our two countries to expand global ethanol demand and trade. President Trump has been a strong supporter of America’s biofuels producers, and decisive action to defend this crucial domestic industry will be a clear reminder of the Administration’s continued commitment to strengthen the American economy. With ethanol production remaining a significant market for American corn and America’s farmers facing low commodity prices, government inaction on this vital issue would signal a detrimental economic downturn,” Skor said.

“About a decade ago, the U.S. and Brazil put aside a long-standing dispute over trade policy and began a process of mutual trade barrier disarmament,” said Renewable Fuel Association President and CEO Bob Dinneen. “In fact, U.S. policies like the RFS actually created additional opportunities that further incentivized the importation of Brazilian sugarcane ethanol. Both countries have benefited greatly from the free and fair trade that resulted from the elimination of arcane barriers, and the U.S. and Brazilian ethanol industries worked arm-in-arm to build a robust global market for renewable fuels. Unfortunately, Brazil’s recent protectionist actions are turning back the clock to an era of isolationism and inefficient global trade. In the end, Brazil’s new trade policy not only harms U.S. ethanol producers, but also penalizes Brazilian consumers who will be forced to pay more for their fuel as a result of CAMEX’s actions,” he added.

“We are encouraging our leadership to take action that will get us working together again,” said U.S. Grains Council President and CEO Tom Sleight. “I look forward to the day we are back to working together on global markets rather than putting in place protectionist measures that will ultimately hurt the global industry and our collective ability to reap the benefits of biofuels.”