Home / Iowa / Biochar mitigates manure-related odors and emissions
A new user experience is coming! We'll be asking you to login to your Morning Ag Clips account March 1st to access these new features.
We can't wait to share them with you! Read more here. 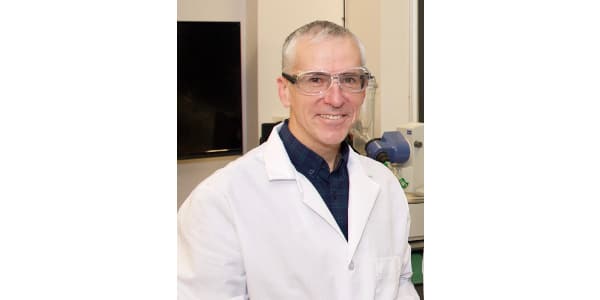 “The results of this study and related research shows the potential to use biochar treatments to improve air quality inside barns, thus improving worker and animal safety, especially during manure agitation, ” said Jacek Koziel, professor of agricultural and biosystems engineering, one of the leading researchers on the work. (Courtesy of ISU Extension and Outreach)

AMES, Iowa — A new study from Iowa State University shows that carbon-rich biochar could be used to mitigate many odors and potentially toxic volatile organic compounds emitted from swine manure.

“The results of this study and related research shows the potential to use biochar treatments to improve air quality inside barns, thus improving worker and animal safety, especially during manure agitation, ” said Jacek Koziel, professor of agricultural and biosystems engineering, one of the leading researchers on the work.

Biochar is a material obtained from a high-temperature process called pyrolysis of certain types of biomass and biowaste. The research team tested two types of biochar with different characteristics: biochar from red oak and a highly alkaline, porous biochar made from corn stover.

Three 30-day trials were conducted with a thin layer of the biochars applied on the surface of swine manure collected from three Iowa farms. The manure was placed in lab-scale containers designed to simulate deep pit swine manure storage. The researchers then measured emissions of ammonia, hydrogen sulfide, greenhouse gases and several odorous volatile organic compounds.

The biochar worked – at varying levels. The red oak biochar, especially. It significantly reduced ammonia levels (from 19–39%), though the impact leveled off over time. It also significantly decreased levels of several volatile compounds, including skatole (74–95%) and p-cresol (from 66–78%). Both are signature components of swine manure’s odor, and p-cresol can be hazardous if high levels are inhaled or absorbed through the skin.

The biochar treatments also reduced levels of the other gases, but not significantly in all the trials, and, in most cases, the effect decreased over time.

“The benefits of reapplying the biochar need to be considered since the greatest reduction for ammonia and some more odorous compounds were observed within the first few weeks,” Koziel said.

He emphasized that the mechanics of biochar’s impacts on gaseous emissions are complex. “While biochar can reduce some emissions, our study supports previous research showing that it can increase emissions of some gases, especially some greenhouse gases. In future work, various types of biochar need to be explored based on the desired mitigation effect on targeted gases – or the desired generation effect, such as maximizing methane for energy use.”

He said the lessons learned can also be used to develop treatments to mitigate gaseous emissions from other types of waste.

The research results were published in November in the peer-reviewed, open-access publication, Atmosphere, as part of a special issue on livestock odor and air quality. Koziel’s co-authors on the article, “Mitigation of Gaseous Emissions from Swine Manure with the Surficial Application of Biochars” are: Zhanibek Meiirkhanuly, a recent alumni of the Iowa State Environmental Science Graduate Program; in the Department of Agricultural and Biosystems Engineering, Baitong Chen, graduate student, Myeongseong Lee, research associate, and Jisoo Wi, visiting scholar; and with the Bioeconomy Institute at Iowa State, Distinguished Professor Robert C. Brown, Chumki Banik, postdoctoral fellow, and Santanu Bakshi, research scientist; and Andrzej Białowiec, a Fulbright Scholar from Wroclaw University of Environmental and Life Sciences.