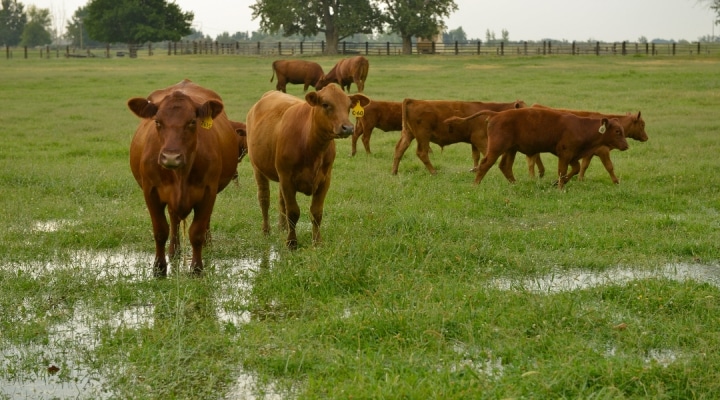 At the local level, this measure will allow members of law enforcement to request support from animal welfare organizations in responding to emergencies affecting animals in their area, enabling faster and more specialized responses in these unique emergency situations. (U.S. Department of Agriculture, Public Domain)

ALBANY — Today, State Senator Michelle Hinchey (SD-46) and Assemblymember Donna Lupardo (AD-123) announced that their bill to keep animals safe in disaster situations was signed into law by the Governor. The legislation, S.6713/A.7122, authorizes the Department of Agriculture and Markets to enter into agreements with animal welfare organizations, which can be deployed as part of the state’s emergency response in the incidence of natural and other disasters that threaten the lives of companion animals, livestock, and wildlife.

The responsibility to save animals in crisis often falls on law enforcement who are already stretched thin with resources and time. At the local level, this measure will allow members of law enforcement to request support from animal welfare organizations in responding to emergencies affecting animals in their area, enabling faster and more specialized responses in these unique emergency situations.

“When extreme weather and other disasters strike, animals are often left in danger and forced to fend for themselves, which is why it is critical that New York is able to enlist qualified animal welfare workers as part of our emergency response efforts,” said Senator Michelle Hinchey. “This legislation creates stronger ties with our animal welfare organizations, which will now have a greater opportunity to be there on the front lines protecting helpless animals in times of crisis. At the same time, we’re assisting local law enforcement, who are typically tasked with these difficult rescues, with a partner that will be able to provide much-needed support. I was proud to sponsor this measure to protect New York’s animals in their most vulnerable moments, and I am pleased to see it now signed into law.”

Assemblymember Donna Lupardo said, “When my district was hit with multiple floods we realized very quickly the need to provide better support to our companion animals, livestock and other wildlife. This bill will allow for better coordination between the State and animal welfare organizations during emergency response. We can rest easier knowing there are plans in place for their care.”

New York State Department of Agriculture and Markets Commissioner Richard A. Ball, said, “This legislation, authored by our Agriculture Committee Chairs and signed by the Governor, builds on the critical work done at the Department to ensure the health and safety of animals every day. From our Companion Animal Capital Fund, which funds infrastructure improvements at our shelters, to the Empire State Animal Response Team program, which provides training to emergency responders and volunteers to protect and help our animals during a disaster, the Department is committed to providing care for our companion animals and livestock. This new law will strengthen our existing partnerships with animal welfare organizations across the State, allowing them to support law enforcement and take action in the event of an emergency.”

“The primary goal of our disaster response team is to provide critical resources to state and local partners during natural and man-made disasters so they can keep homeless shelter animals safe and ensure displaced pets receive much-needed care until they can be reunited with their owners,” said Bill Ketzer, Senior Director of State Legislation for the ASPCA, Eastern Division. “This important measure will strengthen our longtime commitment to working with the Department of Agriculture and Markets to support this mission. We are grateful to Senator Hinchey and Assemblymember Lupardo for their clear commitment to animal welfare.”

“What this bill does is simply codify what many shelters across the state already do—step up in times of emergencies and disasters to help care for companion animals left homeless,” said Libby Post, Executive Director of the New York State Animal Protection Federation. “When COVID ravaged New York City leaving some companion animals without loving owners, the Federation coordinated with the Animal Care Centers of New York City to create a Care Caravan to bring those homeless pets to Ulster County SPCA and other upstate shelters that cared for them and adopted them out. We look forward to a strengthened relationship with the Department of Agriculture and Markets to make sure companion animals aren’t a casualty in the next disaster we face.”

Animal confinement is a priority when assisting an accident involving livestock
September 15, 2021