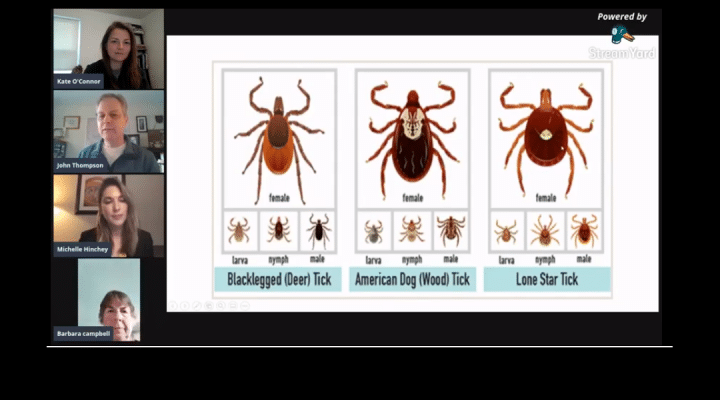 ALBANY — On Tuesday, the State Senate unanimously passed a bill (S4089) sponsored by Senator Michelle Hinchey (SD-46) to educate farmers and farm workers about Lyme disease and other tick-borne illnesses so they can better understand how to protect themselves from these potentially debilitating diseases. The bill directs the New York State Department of Agriculture and Markets to implement a public awareness campaign focused on the agricultural community, with an emphasis on helping farmers and farm workers take preventative measures, recognize symptoms, and determine available treatments.

The companion bill in the Assembly (A6888) is sponsored by Assemblymember Didi Barrett and passed the State Assembly unanimously on Wednesday. The bill now heads to the Governor’s desk for signature.

“Our farmers and farmworkers, whose livelihoods depend on working outdoors all day, are among those at highest risk of Lyme disease exposure,” said Senator Michelle Hinchey who chairs the Senate Agriculture Committee. “Information is power when it comes to fighting Lyme and other tick-borne illnesses, and this legislation will help keep our agricultural community informed about prevention, detection, and available treatments. These illnesses can have devastating long-term effects on a person’s health, and I’m grateful that both houses of the State Legislature have recognized the urgency of this public health crisis and have passed our bill with Assemblywoman Didi Barrett to better protect our agricultural community.”

“The numbers for ticks and tick-borne diseases (TBD) have been rising significantly in New York State, just since last year, and our farmers and farm workers are at greater risk than ever before,” said Assemblymember Didi Barrett. “As part of my #GetTickedOff initiative, increasing awareness, education and research about Lyme and other TBDs has been my priority since I was first elected, and I am pleased to work with Sen. Michelle Hinchey to pass this timely bill.”

David Fisher, New York Farm Bureau President said, “Lyme disease is increasingly putting more New Yorkers at risk, especially among those who work outside like farmers and their employees who are more susceptible to tick bites. This legislation would increase awareness about Lyme and further educate the agricultural community on preventive steps to protect themselves from potential tick-borne health risks. New York Farm Bureau thanks the bill sponsors, Senator Hinchey and Assemblymember Barrett.”

New York has the third-highest number of confirmed Lyme disease cases in the country. The latest CDC estimate is that the number of people nationally who contract and are treated for Lyme each year is around 476,000, a 59% increase from their previous estimate of 300,000.

In a continued effort to raise awareness about Lyme and other tick-borne illnesses, Hinchey gathered experts from the Catskill Center, Catskill Mountainkeeper, and Cornell Cooperative Extension of Ulster County last month for a Facebook live information session to take questions and inform constituents across her 5-county Senate District on how to identify, prevent, and treat the disease.