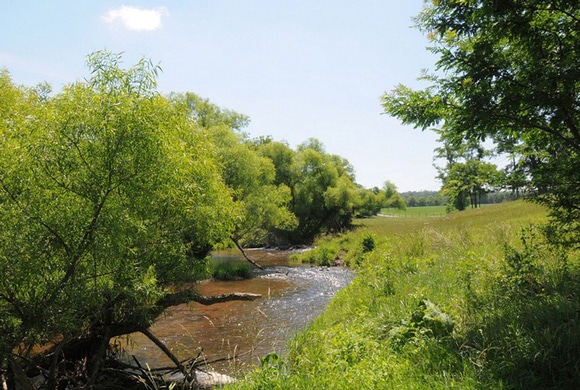 Legislation that would provide new funding for Pennsylvania farmers to work with their local conservation districts on projects to improve water quality can now be considered by the General Assembly.

HARRISBURG, Pa. — Legislation that would provide new funding for Pennsylvania farmers to work with their local conservation districts on projects to improve water quality can now be considered by the General Assembly.

Senate Bill 465 was introduced by state Sen. Gene Yaw of Lycoming County and referred to the Senate Agriculture and Rural Affairs Committee for consideration. The same bill was introduced last year but expired at the end of the legislative session.

Pennsylvania Farm Bureau developed the legislation along with Yaw, Penn State, and the Chesapeake Bay Foundation.

The bill, modeled off of the state’s Dirt and Gravel Roads program, would provide funding for county conservation districts to work directly with local farmers to implement on-farm conservation practices that improve water quality. Projects completed with the funding would be decided on and executed at the local level.

The push comes as Pennsylvania faces a heavy lift in meeting its federally mandated goals for reducing nutrient and sediment pollution in the Chesapeake Bay by 2025. While Pennsylvania has developed a detailed plan for expanding conservation practices in agriculture and other sectors to meet those goals, there is a shortfall in available funding to see the plan through.

The proposed program, which would be called the Agriculture Conservation Assistance Program, would target the most funding to areas with the greatest need, such as the Chesapeake Bay Watershed, although all areas of the state would receive at least some assistance to improve water quality.

“Pennsylvania farmers have long been conservation minded and manage their farms in a way that protects natural resources,” said PFB President Rick Ebert.  “However, challenges remain in meeting water quality goals, especially within the Chesapeake Bay Watershed. We are pleased that lawmakers such as Senator Yaw acknowledge that farmers cannot go it alone, while also recognizing that environmental challenges are not going away. This agriculture conservation bill will help farmers make conservation improvements on their farm and bring Pennsylvania closer to meeting those water quality goals.”