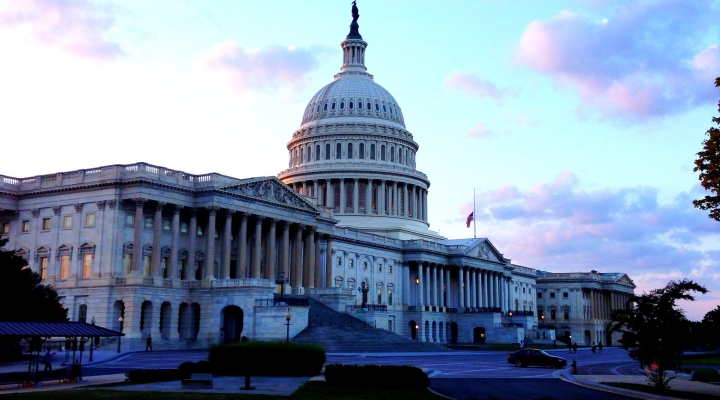 "I am so pleased to see the Senate vote to pass the Family Farmer Relief Act which will bring relief to struggling family farmers and allow them the flexibility to continue operations," stated Rep. Antonio Delgado. (Texas State Library and Archives Commission, Flickr/Creative Commons)

“Farming in Upstate New York is a way of life and the current down turn in the farm economy threatens this time-honored tradition for thousands of family farms in our district. I am so pleased to see the Senate vote to pass the Family Farmer Relief Act which will bring relief to struggling family farmers and allow them the flexibility to continue operations.” Delgado continued, “This legislation was a bipartisan, cooperative effort from the beginning and I thank my colleagues on both sides of the aisle for joining me to champion this important cause. I urge President Trump to sign this vital legislation soon so we can bring family farmers in Upstate New York much needed relief.”

“Our family farmers across Upstate New York are some of the most competitive and hardest working anywhere in the world but have been taking a beating in recent years, with dairy farmers specifically challenged by shockingly low milk prices and grappling with manipulative and unfair trade practices. Passing this sorely-needed legislation was a critical step towards providing them with the relief they need and deserve,” said Senator Schumer. “I’m proud of the role I played getting the bill to the Senate floor and passing the Family Farmer Relief Act in the Senate, because with Upstate family farms facing unprecedented difficulties, it couldn’t be more important to give them the tools and resources they need to stay afloat. I’ll always fight tooth and nail to protect the essential Upstate NY family farming industry from unwarranted and unnecessary harm.”

“For family farms whose assets are largely tied up in land and essential equipment, reorganizing debts can be particularly challenging when falling on hard times. As low commodity prices force farmers to take on more debt, this bill guarantees a safety net is in place for more farmers who need help getting back on their feet. By providing relief to these small-to-mid-size farms, we can ensure more successful reorganizations, which will be beneficial for everyone involved in the supply chain, while avoiding mass liquidations and further consolidation in the largest sectors of the industry,” Senator Grassley said.

As a member of the Agriculture, Transportation and Infrastructure, and Small Business Committees, Delgado has prioritized bringing the voices of small farmers to Washington and assure passage of the Family Farmer Relief Act. Rep. Delgado introduced H.R. 2336, the Family Farmer Relief Act in April, and in June, gave testimony before the House Judiciary Committee on his bill and the plight of small farms today. Following that hearing, the bill passed out of committee before being voted favorably out of the full House last week. Rep. Delgado then worked with Sen. Grassley (R-IA) and Senate Minority Leader Schumer (D-NY) to secure its passage in the Senate prior to a month-long work period when both senators and representatives return home. The bill now awaits the president’s signature.

The 19th Congressional District is home to just under 5,000 farms and 96% of these farms are family-owned farms. The district represents the eighth most rural district in the country and the third most rural Democratic district. In his first seven months in office, Rep. Delgado has established and met with his Agriculture Advisory Committee, toured more than 20 farms, and sat down with local farmers across the district to hear about localized infrastructure, technology needs, and sustainable farming practices.

–The Office of Rep. Antonio Delgado

Will Trump’s trade war with China ever end?