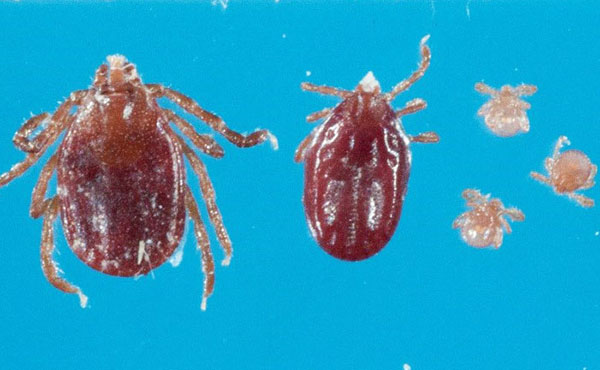 New Jersey is especially conducive to ticks because of its climate, its woodland landscape and its large agricultural sector. (New Jersey Department of Agriculture)

TRENTON, N.J. — New Jersey is especially conducive to ticks because of its climate, its woodland landscape and its large agricultural sector. To study and develop new methods to fight the growing population of ticks, a bill (A-5160) sponsored by Assemblyman Eric Houghtaling, D-Monmouth, was approved by the Assembly Agriculture and Natural Resources Committee on Thursday. Houghtaling, chair of the committee, released the following statement:

“New Jersey ranks among states in the top 20 percent of the nation’s reported disease cases caused by ticks.

“Our proximity to major ports such as New York City, Philadelphia and Wilmington and those within the boundaries in Newark/Elizabeth and Camden makes the State susceptible to invasive species, such as the East Asian Tick. This specific species was found in Hunterdon County last year. It had never before been seen in the United States. East Asian ticks have been known to spread severe fever with thrombocytopenia syndrome, a potentially life-threatening disease.

“We must do more as a state to defend our communities against ticks and discover new ways to control its growth in our parks and forests where many families enjoy their summers. This legislation will lead us in the right direction to finding out the next step to take on this big ‘little-sized’ problem in the Garden State.”