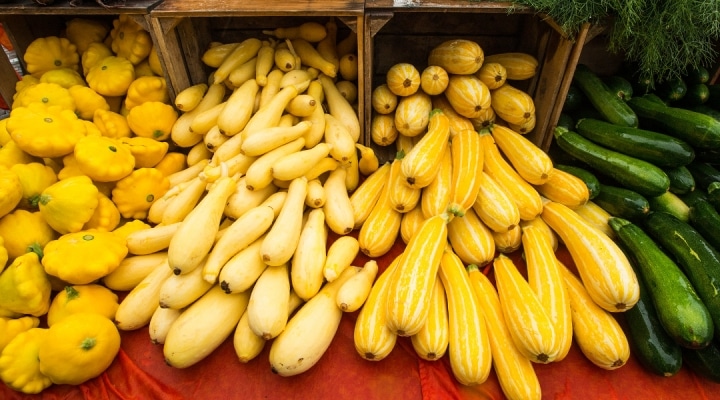 Since the program’s emergence, 21 million pounds of surplus agricultural products have been purchased from over 4,000 New York farms and delivered to more than 1.3 million New Yorkers in need across New York State. (U.S. Department of Agriculture, Public Domain)

ALBANY — Senate Agriculture Chair Michelle Hinchey (D-Saugerties) and Assemblymember Catalina Cruz (D-Queens) today announced the passage of their bill (S4892A/A5781A) to establish Nourish New York, the state’s farm to food bank initiative borne from the COVID-19 pandemic, a permanent state program for distributing surplus agricultural products to food relief organizations statewide. The bill, which passed the State Senate in March of 2021, passed the State Assembly on Tuesday and enjoys unanimous support in both houses of the Legislature.

The Nourish New York program provides state funding to food banks and other emergency food providers for the direct purchase of fresh fruits, vegetables, and dairy products from New York farmers and dairy processors, which are then distributed to individuals and families experiencing food insecurity. Launched in April of 2020, Nourish New York was created in response to the surge in demand at food banks across the state as well as the financial hardships facing farmers affected by supply chain disruptions. Many New York farmers have lost up to 50 percent of their markets as schools, restaurants, and hotels have shuttered, making the program an important alternative revenue stream for the state’s agricultural sector.

Since the program’s emergence, 21 million pounds of surplus agricultural products have been purchased from over 4,000 New York farms and delivered to more than 1.3 million New Yorkers in need across New York State.

“During one of the darkest moments our state has ever faced, Nourish New York emerged as a beacon of compassionate, bipartisan aid to address the surge in food insecurity and assist our struggling farmers who had lost up to 50% of their customers,” said Senator Michelle Hinchey, bill sponsor and Chair of the Senate Agriculture Committee. “Nourish New York demonstrates what’s possible when we work together–regardless of party or geography–to help our communities survive. Connecting the dots between families in need and farmers looking to reach new markets is the kind of innovation we want for the long term. Now that both houses of the Legislature have unanimously passed our bill to make this great state program a permanent fixture, our work begins to get it signed into law. I thank my partners in government, Assemblymember Catalina Cruz and Senator George Borrello for their leadership as we continue to forge strong upstate and downstate partnerships to ensure that no New Yorker is left behind in their time of need.”

Assemblymember Catalina Cruz, bill sponsor of the Assembly legislation, said, “As our state begins to reopen, food insecurity continues to loom over the lives of New Yorkers struggling to feed their families. Nourish NY is a lifeline to the hundreds of thousands of New Yorkers who depend on food pantries to support their families, as well as the over 4,000 state farms who provide the produce and dairy. This program is a win-win for all, and exactly what our state government should be doing to improve the lives of all New Yorkers.  I want to thank Senators Borrello and Hinchey for their ongoing partnership in ensuring this bill passed in both houses, as well as leadership for their commitment to the economic recovery of New York State. Their support has been vital in ensuring that we have the ability to feed the thousands of members of our communities statewide who would have otherwise gone hungry without the program.”

“The Assembly’s passage of legislation that would permanently establish Nourish NY is another exciting stride forward for this invaluable relief program that has been a pandemic lifeline for over 4,000 farmers and over 1.3 million food insecure New Yorkers,” said Senator George Borrello, the co-prime sponsor of the Senate legislation and ranking member of the Senate Agriculture Committee. “This is one of those rare initiatives that has unanimous support from all corners as well as the potential to expand its impact exponentially in the years ahead. I am proud and grateful to be part of the bipartisan legislative team that has championed this effort and we will continue to work together to urge the Governor to sign it into law.”

The Hinchey/Cruz bill directs the Department of Agriculture and Markets to facilitate the provision of agricultural products to emergency food providers statewide. The legislation also charges the Commissioner of Agriculture and Markets, in consultation with the state Department of Health to review and make recommendations on the current funding structure for the state’s Hunger Prevention Nutrition Assistance Program (HPNAP) and whether HPNAP should be indexed for inflation based on the increasing cost of food, which the Federal Reserve reports has increased faster than any quarter in the past 21 years, making food more expensive for both consumers and emergency food providers.

The legislation also seeks to address the issue of cold storage as emergency food providers across the state have had to turn away farm products like milk, eggs, and yogurt because they do not have the cold storage capacity to keep perishable food fresh for individuals and families in need. Under the bill, the Commissioner will also be tasked with reviewing and reporting on the need to establish a grant program to fund the purchase of cold storage equipment for emergency food providers.