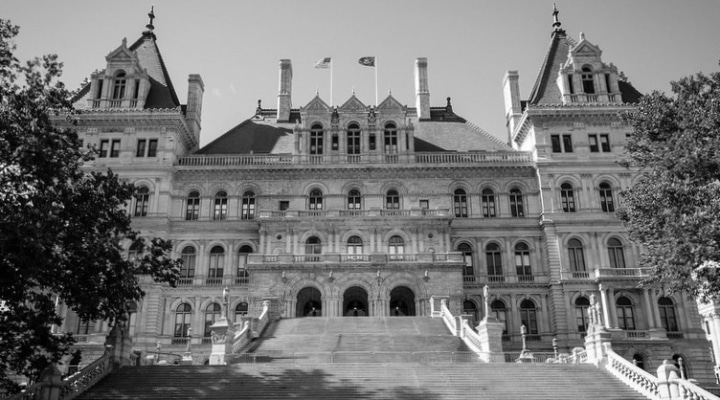 "Hard-working New York farmers deserve our full support, and today the Senate is passing a package of legislation that will help reduce their costs, expand markets for their products, make access to technical support easier, and help nurture the next generation of farmers,” said Senator Metzger. (Marcela, Flickr/Creative Commons)

ALBANY — Under the leadership of State Senator Jen Metzger (SD-42), who chairs the Senate Agriculture Committee, a package of nine bills to support New York farms went to the floor for a vote in the State Senate today, all passing unanimously, including five bills introduced by Senator Metzger.

“Hard-working New York farmers deserve our full support, and today the Senate is passing a package of legislation that will help reduce their costs, expand markets for their products, make access to technical support easier, and help nurture the next generation of farmers,” said Senator Metzger. “As Chair of the Agriculture Committee and representative of a district with two thousand small and mid-sized family farms, I recognize the vital importance of agriculture to our economy, our rural communities, and our long-term food security, and this package of legislation will help address the very real challenges facing New York’s farms.”

A key bill in this package championed by Senator Metzger (S6773) would increase the existing Farm Workforce Retention Credit from $600 to $1,200 to farmers for employees who work 500 or more hours each year. Under the current tax law, New York farmers received $500 per eligible employee in 2019, and would receive $400 in 2020 and $600 in 2021, at which point the existing law would sunset. Metzger’s legislation would extend the tax credit indefinitely, increasing the credit to $800 in 2021 and then to $1,200 per year thereafter. Metzger’s bill is one of the Farm Bureau’s top legislative priorities.

With farm labor costs in New York that are nearly twice the national average, the tax credit can help keep New York farms out of the red, and make sure that they can hire the workers they need.

“I want to thank Majority Leader Andrea Stewart Cousins and my Senate colleagues for their support of this legislative package today, including the bill to increase the Farm Workforce Retention Credit, which will provide needed relief to New York farms struggling to compete with higher costs,” said Senator Metzger.

“This legislation is significant and demonstrates that Senator Metzger understands what farmers need,” said Chris Kelder of Kelder’s Farm and District 10 Director of the New York Farm Bureau. “Those of us who work the land know that the margins are thin, and having this kind of support will go a long way to sustain our operations.  Furthermore, it offers us additional incentives to hire and keep the farmworkers we need.”

“The bill introduced by Senator Metzger to increase and extend the Farm Workforce Retention Credit is a positive measure to address the problem faced by all NYS farmers of how to remain profitable in an increasingly competitive employment environment,” said Peter Ferrante of Wallkill View Farm in New Paltz. “Senator Metzger’s action in support of NY agriculture is very much appreciated. Having had the opportunity to spend time visiting with the Senator on our farm last year, I was able to witness firsthand her enthusiastic appreciation of NY agriculture and her strong desire to work in the Senate to keep New York State a great place to farm. The passage of this bill further exemplifies Senator Metzger’s commitment to that goal.”

“The agricultural industry is crucial to the state economy and we must provide farmers with the support they need,” Senate Majority Leader Andrea Stewart-Cousins said. “The bills advanced by the Senate Majority will help struggling farms, encourage more New Yorkers to pursue agricultural jobs, and help increase access to locally grown food. I commend Senator Jen Metzger, Chair of the Committee on Agriculture, and the bill sponsors for their close attention to addressing the challenges faced by New York farmers and the state’s agriculture industry.”

The five bills introduced by Metzger include:

Other bills passed by the Senate today with Senator Metzger’s co-sponsorship include: