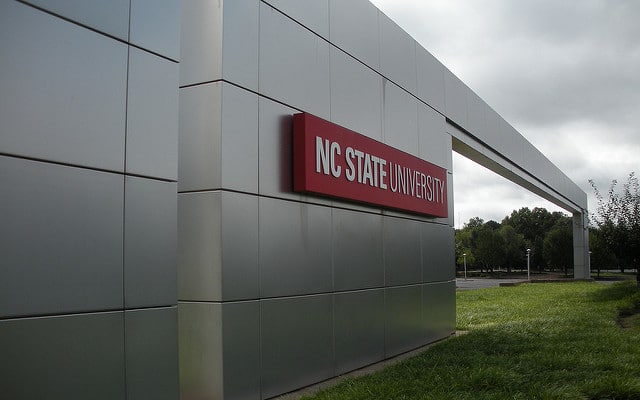 Big Idea Ventures LLC, the global leader in early-stage alternative protein investing, today announced the launch of the Generation Food Rural Partners (GFRP) fund and the selection of the university as its inaugural collaborator. (Photo by Suzie Tremmel, creative commons/flickr.com)

Big Idea Ventures LLC, the global leader in early-stage alternative protein investing, today announced the launch of the Generation Food Rural Partners (GFRP) fund and the selection of the university as its inaugural collaborator.

GFRP is a $125 million target fund that will fuel economic development in rural communities across the United States through the commercialization of food and agricultural technologies, protein innovation and other university intellectual property.

“Big Idea Ventures was founded to solve the world’s greatest challenges by backing the world’s best entrepreneurs,” said Andrew D. Ive, founder and managing general partner. “This new fund will widen our scope to capture breakthrough technologies from world-class universities that will impact the global food supply chain. The goal is to drive job creation and entrepreneurship in rural communities hungry for economic development and have them continue to be the centers of food innovation and production for generations to come.”

5+ Venture Centers to Be Established

The GFRP fund will establish at least five venture centers to facilitate collaboration with multiple leading U.S. universities. BIV venture center staff will work with the universities to identify and evaluate new developments with the strongest commercialization potential and the fund will then invest in new companies formed around the groundbreaking research. These new companies will be headquartered in rural communities near the collaborating universities and the GFRP team expects the first of these new companies to be established in North Carolina.

“We are excited to launch Generation Food Rural Partners with NC State as our first university collaborator,” said Tom Mastrobuoni, chief investment officer for Big Idea Ventures. “We chose NC State because of its forward-looking investments in plant science and plant-based food innovation and its historical excellence in plant breeding and agricultural research.

“We want to help universities like NC State benefit from the formation of these new businesses while demonstrating the commercial value of university research,” Mastrobuoni continued. “We believe GFRP will drive more scientists to pursue additional research and encourage other entrepreneurs to establish their companies near our venture centers in rural America.”

NC State is a top-ranked land-grant university globally recognized as a research powerhouse. Researchers in the College of Agriculture and Life Sciences alone were awarded $96.5 million in grants last year and exceeded $130 million in research expenditures in more than 600 active research programs in on-campus labs, field labs, farm fields, and in the state’s network of 18 research stations.

“We are thrilled that Big Idea Ventures has recognized NC State’s world-class agricultural research capabilities, and this opportunity aligns perfectly with our mission to create prosperity for our state and reflects the entrepreneurial spirit of this university. With our Think and Do mindset, we believe research has its greatest value when it’s at work in the real world creating opportunities and solving problems. We’re delighted to be working with this team from the very beginning,” said Wade Fulghum, assistant vice chancellor for research commercialization.

“North Carolina has the third most diverse agricultural economy and the most entrepreneurial farmers and agribusinesses in the nation,” said Richard Linton, dean of the College of Agriculture and Life Sciences. “With their investment in NC State research and programs such as the N.C. Plant Sciences Initiative and the North Carolina Food Innovation Lab, we believe we have a complete innovation ecosystem to attract and support the best researchers and food entrepreneurs in the world.”

Here’s what three state legislators had to say:

New board members for Potatoes USA

Get farming this Fall with OGS fall & winter programs
June 23, 2021