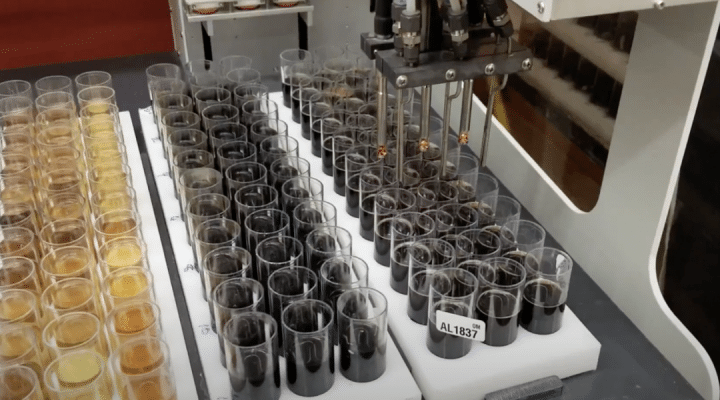 Soil samples being tested at the NC Department of Agriculture lab. (Courtesy Photo)

RALEIGH, N.C. — “There’s a misconception that farmers fertilize a crop. But really it’s the soil that fertilizes the crop,” said Deanna Osmond, NC State soil science researcher. “Soil is a dynamic environmental filter. You have to be mindful about what you put into it.” Soil testing is the predominant way growers assess specific soil nutrient status and evaluate supplemental needs. Surprisingly, the fertilizer guidance farmers receive from soil testing labs is often based on the decades-old methodology and testing because it was originally so successful. Osmond’s team thinks it’s time to loose the power of big data to address one of agriculture’s most nagging issues, nutrient management.

Soil testing caught traction in the 1940s as America moved from subsistence to production farming. At the same time, scientists were unraveling the chemistry behind the production of chemical fertilizers that would catapult corn yields from 40 bushels per acre in 1950 to 170+ today. As chemical fertilizers entered the market and became affordable, farmers looked to land-grant universities and county Extension for guidance on soil analysis and nutrient application rates.

Early on, soil testing guidelines and methodology were developed in the isolation of each U.S. state and have remained fairly static over time. Differences in soil sample collection, extraction methodology and terminology made it difficult to compare or assimilate multi-state guidelines, even though farmers frequently work across state lines, and environmental concerns certainly know no boundaries. “Each state truly created its own standards for soil test recommendations,” Osmond said.

As data migrated online, the USDA Natural Resource Conservation Service took note of the unveiled disparities and approached Osmond to lead an effort to harmonize soil test phosphorus and potassium recommendations in the southeastern U.S. “The variations we discovered across states were astounding – with differences up to a two-fold factor,” Osmond said.

The inconsistency was more than academically problematic; phosphorus and potassium inputs are finite mined resources. Their waste is not merely unsustainable and economically unsound, but environmentally troublesome.

“Potassium can leach through the soil but phosphorus does not. It accumulates and is detrimental to water quality – causing potentially toxic algae blooms in water systems,” Osmond said. Phosphorus-induced algae blooms are frequently associated with fish kills and mycotoxins that can affect human health through drinking water.

Lake Erie’s water quality woes made headline news when the city of Toledo, Ohio, had to shut down the city’s water supply for two days in 2014. Algae blooms are common on the Great Lake and regularly require bans on recreational swimming and lake access. Officials attribute the phosphorus overload to farm fertilizers, cattle feedlots, and faulty septic systems.

Closer to home, North Carolina has experienced rising concerns about nutrient management in many of the state’s waterways that are labeled “impaired waters” by EPA standards. The Impaired Waters List is required by the federal Clean Water Act and categorizes waters from one to five based on water quality with four and five indicating some level of standard excess and impaired water use.  Impaired watersheds or river basins include Falls Lake, Lake Jordan, High Rock Lake, and the Neuse and Tar-Pamlico river basins.

“Our goal is to improve the accuracy of nutrient recommendations through independent, scientifically-developed nutrient management best practices that farmers can believe in and adopt,” Osmond said.

FRST will be a soil test and crop-response-to-fertilization searchable database designed to benefit both researchers and growers. Initially, it will support phosphorus and potassium recommendations for 15 major agricultural crops including corn, cotton, grain sorghum, peanuts, soybean, and wheat. 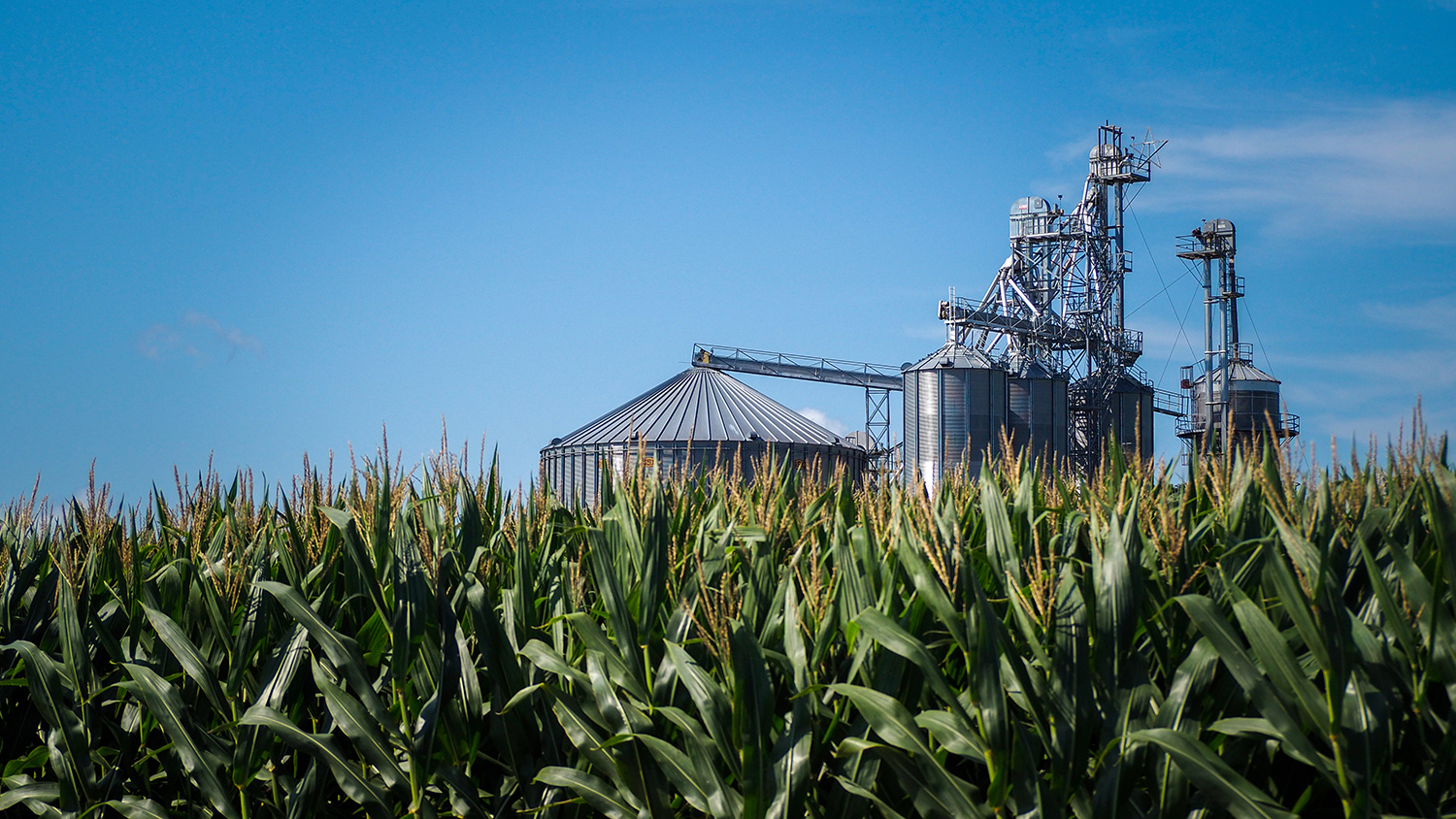 The development of the tool is a group effort propelled by an executive team including NC State, the University of Arkansas, Penn State, the University of Kentucky, and the USDA-ARS. The tool is founded on a relational soil-test correlation and calibration database. Researchers from over 36 public and private universities and government agencies contributed to developing the foundational minimum dataset requirements. The database is initially being constructed from historical published research data and will include crop trial results over 29 states. New data from current trials are constantly being added.

“A key feature of FRST is that it is hosted in a neutral space with common access and author attribution for researchers,” Osmond said. “We expect this transparency will propel collaboration and innovation in soil fertility research.”  The database will be hosted by the
USDA-ARS Agricultural Collaborative Research Outcomes System (AgCROS) through Microsoft Azure and ESRI Amazon cloud services. Resources will also be cataloged in the USDA National Agricultural Library Ag Data Commons.

“We’re aggregating pinpoints of data from individual states to build a big data platform that will answer critical agronomic and environmental questions,” Osmond said. “And yes, growers in some areas may see changes in recommended nutrient application rates.”

The new database will be linked to a web-based platform that allows users to select input variables such as soil test method, geographic locations, yield level, and crops to provide basic data analysis to identify soil-test critical phosphorus and potassium ranges. The group has plans to expand to other crops, cropping systems, micronutrients, and even worldwide growing regions in the future.

The database is currently in development and Osmond expects to have a beta test version available for collaborator testing in late 2021.

While there are many agricultural practices that contribute to resource conservation, nutrient management addresses potential excess at the source. Limiting fertilizer application initially is vastly more efficient and environmentally effective than down-the-line mitigation strategies. And reduced application also slows the consumption of finite phosphorus and potassium resources.

In the end, farmers and taxpayers stand to save millions of dollars annually.

Because agriculture is tasked with feeding a growing world population on fewer acres of arable land, growers strive for production efficiencies. Sound nutrient management seeks to balance environmental stewardship and crop production goals. “With our collaborative knowledge base and these digital tools, we can refine our soil testing and nutrient management practices to truly optimize input use,” Osmond said.Osmond predicts the expanded knowledge and recommendation changes in FRST will improve farm economics and conservation practices. “In the end, farmers and taxpayers stand to save millions of dollars annually. That’s the significance of data-driven agronomic decisions.”

If you are a student interested in soil science or nutrient management, investigate our undergraduate and graduate degree programs or download our soil science ebook. Then join us for a guided email tour of our department and university.  Enhancing NC agriculture through technology is just part of how we are growing the future.

Will the surge in land prices continue?