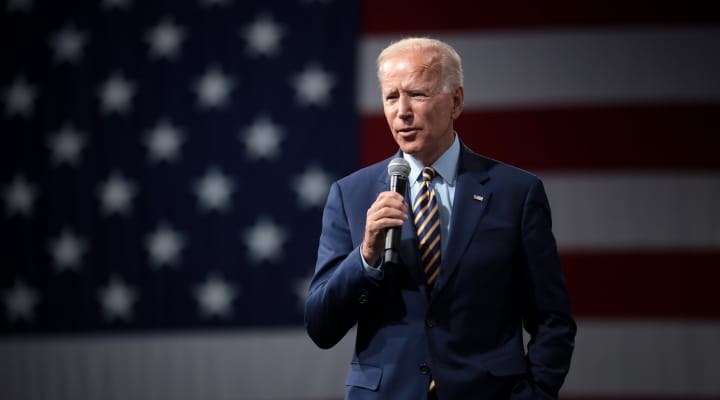 As the new administration settles in, President Biden is delegating his leadership picks for the U.S. agricultural, environmental and trade sectors. (file photo by Gage Skidmore, Creative Commons/flickr.com)

WASHINGTON — As the new administration settles in, President Biden is delegating his leadership picks for the U.S. agricultural, environmental and trade sectors.

Biden nominated former Iowa Gov. Tom Vilsack to serve as secretary of agriculture. Vilsack previously led the U.S. Department of Agriculture during the Obama administration. Biden also nominated Dr. Jewel Bronaugh, who heads up the Virginia Department of Agriculture and Consumer Services, to serve as deputy secretary of agriculture. Bronaugh is a lifelong Virginian, born in Petersburg and educated at James Madison University and Virginia Tech.

Virginia Farm Bureau Federation President Wayne F. Pryor said Virginia has been fortunate in benefitting from Bronaugh’s leadership as VDACS commissioner, state Farm Service Agency executive director, and her roles at Virginia State University.“She has done much to promote agriculture and address the many issues facing farm families and rural Virginia, and we support her swift confirmation,” Pryor said.

Bronaugh said she did not actively seek the USDA appointment. “However, I am absolutely honored with this opportunity to serve our nation’s farmers and agribusinesses,” she said. “I am looking forward to promoting U.S. agricultural products, improving economic opportunities, helping to end hunger, ensuring fairness and equity in the agricultural industry, and preserving our nation’s natural resources.”

American Farm Bureau Federation President Zippy Duvall said Bronaugh’s nomination shows that Biden is carefully considering the challenges facing U.S. farmers. Her track record of experience “has established her as someone who understands the needs of America’s farmers. We also appreciate the work she has done to address mental health issues in rural communities.”

Rural mental health is a priority Bronaugh plans to continue at the federal level.

“Farmers have a strong sense of pride, and often they do not like to talk about their problems,” she said. “I would like to help raise awareness of farmer stress and mental health on a national level and develop a network of resources, with a focus on rural areas.”

Duvall said the Vilsack and Bronaugh nominations are welcome news.

“Together, we must prepare to tackle a new farm bill and build on efforts to create a fair marketplace for U.S. agriculture to compete globally,” he said. “It is essential we ensure climate policies respect farmers and remain market-based and voluntary. And, we must end the digital divide that puts rural America at a disadvantage.”

Vilsack received bipartisan backing during his Feb. 2 confirmation hearing, and a Senate panel voted to advance his nomination to the full Senate for approval.