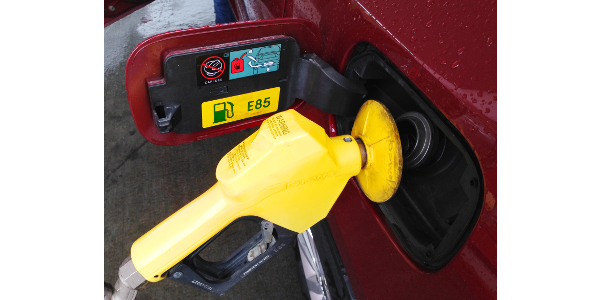 The Nebraska Corn Board (NCB) and the Nebraska Corn Growers Association (NeCGA) are discouraged with the Biden Administration after the Environmental Protection Agency (EPA) released its Renewable Volume Obligation (RVO) proposal on Dec. 7. (Nebraska Ethanol Board)

LINCOLN, Neb. – The Nebraska Corn Board (NCB) and the Nebraska Corn Growers Association (NeCGA) are discouraged with the Biden Administration after the Environmental Protection Agency (EPA) released its Renewable Volume Obligation (RVO) proposal on Dec. 7.

The RVO falls under the Renewable Fuel Standard (RFS) which requires at least 15 billion gallons of conventional biofuels (mainly corn-based ethanol) that will be blended into the U.S. fuel supply each year based on congressional intent. The EPA undercut the RFS through its proposal to reopen and reduce the final 2020 RFS volumes to 12.5 billion gallons, which is 2.5 billion gallons below the statutory minimum.

In its delayed proposed biofuel blending volumes for 2021, the EPA again came short of the 15-billion-gallon minimum. For 2022, EPA is expected to return the conventional biofuel target to 15 billion gallons.

While any amount of ethanol blended below the 15-billion-gallon intention of the RFS is detrimental to American corn farmers, as well as the environment, there were a few bright spots coming from Washington today.

The EPA proposed the denial of 65 pending RFS refinery waiver petitions which is good news for the ethanol industry. These waivers would have exempted refineries from blending biofuels, like ethanol. Similar waiver requests were granted in record numbers during the Trump Administration.

NCB and NeCGA (collectively known as “Nebraska Corn”) issued the following statements on the proposed rule:

“While we are appreciative of the EPA’s denial of refinery waivers, we’re disappointed with today’s blend volumes released,” said Andy Jobman, NeCGA president and farmer from Gothenburg. “Ethanol has been proven to reduce greenhouse gas emissions by up to 46% compared to traditional gasoline, making it an immediate solution to combat climate change. EPA’s proposed biofuel volumes are completely contradictory to the President’s ambitious goals of scaling back greenhouse gas emissions by 2030 and significantly undermine the integrity of the RFS.”

“Nebraska corn farmers continue to be frustrated by the lack of support for the RFS,” said Jay Reiners, NCB chairman and farmer from Juniata. “We cannot continue to wait on the EPA to advance higher blends of biofuels, and we must focus on the Next Generation Fuels Act to benefit farmers and our environment. This piece of legislation is an opportunity to greatly improve liquid fuel, keeping it relevant, competitive and affordable in our transition to low-carbon transportation.”

“The Next Generation Fuels Act, coupled with the RFS, is key in requiring automakers to phase in higher levels of clean, low-carbon octane by the 2031 model year,” said Jobman. “Once this is achieved, engines will be using energy more efficiently and greenhouse gas emissions will be significantly reduced. We’re grateful this bill has received bipartisan support in the House of Representatives and are appreciative of Nebraska Reps. Smith and Fortenberry in their support of this legislation.”