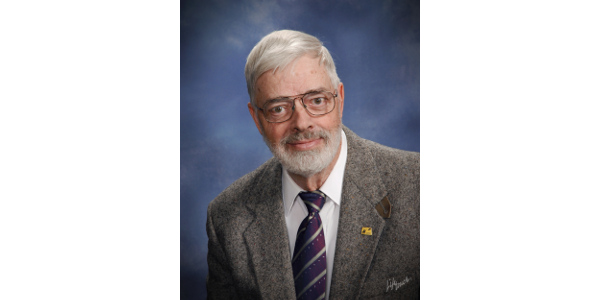 Berg will be honored during the association’s 71st Reciprocal Meat Conference on June 26 in Kansas City, Mo. The award is named for the first general manager of the National Live Stock and Meat Board.

The association is recognizing Berg for his lasting contributions to the meat industry through his teaching, outreach work, research and service. As a faculty member in the NDSU Animal Sciences Department, he taught generations of student agriculturists about animal and meat science, and advised or co-advised numerous graduate students.

He also co-founded NDSU’s BBQ Bootcamp, a short course that introduces participants to different meat cuts and grilling methods, and educates them about using rubs, marinades and seasonings, as well as nutrition and handling and cooking food safely. That program has reached thousands of people.

In addition, Berg is recognized for co-founding Carnivore Catering, an NDSU graduate student organization. The organization is well-known for the top-secret seasoning it uses on beef and pork dishes. The funds Carnivore Catering generates allow its members to attend meetings and events and can help cover educational expenses related to graduation.

“While I am extremely humbled and honored to be recognized as the AMSA’s R.C. Pollock recipient, it is the atmosphere of collegiality created at NDSU, from the administration, faculty, staff and graduate students to the undergraduates and alumni, that made this award possible,” Berg says. “There were a lot of teams working together with me in academics, outreach, catering and BBQ Bootcamp. I hope everyone involved over the years appreciates their contribution and can take pride in this award.”

“Paul has made a lasting contribution to the landscape of the livestock and meat industry, not only in North Dakota, but throughout the U.S. by his work,” says Greg Lardy, Animal Sciences Department head and one of Berg’s former students.

“His legacy will be the impact he had on generations of students who have been mentored and developed by him throughout the course of his career,” Lardy adds. “I’m particularly grateful for the impact that he has had on me through his advising, coaching and mentoring.”