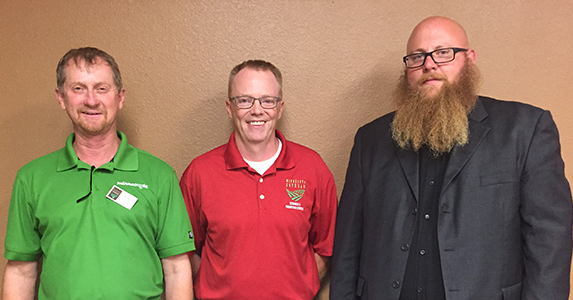 “It’s really humbling that my peers have the respect and trust in me to elect me chair of MSR&PC,” O’Leary says. “Keith did a tremendous job, and leaves some big shoes to fill. We have a lot of projects in the works, and I’m ready to hit the ground running as chair. It’s all about keeping the organization moving forward.”

Schrader wrapped up two years as chairman of MSR&PC. He will remain on the Council. MSR&PC directors serve three-year terms and are elected by Minnesota soybean farmers within their district.

The Minnesota Soybean Research & Promotion Council is the elected board of soybean producers from Minnesota who direct investments of the state’s checkoff dollars in programs designed to increase profitability to Minnesota soybean farmers.