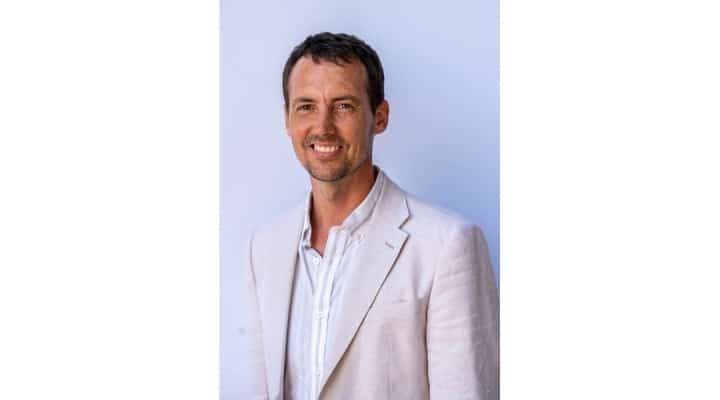 ITHACA, N.Y. — Benjamin Z. Houlton, director of the John Muir Institute of the Environment and professor of global environmental studies at the University of California, Davis, has been named the Ronald P. Lynch Dean of the College of Agriculture and Life Sciences (CALS), Cornell Provost Michael I. Kotlikoff announced today.

Houlton’s five-year appointment, effective Oct. 1, has been approved by the Executive Committee of the Cornell University Board of Trustees and is pending ratification by the State University of New York Board of Trustees. He also will be appointed a professor in the Departments of Ecology and Evolutionary Biology and of Global Development.

An accomplished environmental scientist, Houlton is recognized internationally for research collaborations into ecosystem processes, solutions to ameliorate climate change, and to improve carbon, nitrogen and phosphorus cycles for energy and food production.

“Ben’s leadership, scholarship and research experience meshes perfectly with CALS’ commitment to an interdisciplinary culture and a deeply held belief that effecting meaningful change requires a holistic, systems-based approach to problem-solving,” Kotlikoff said. “His leadership at the Muir Institute – and his own scientific discoveries – have advanced sustainable agriculture and demonstrate a bold vision to promote planetary health and resilience. In addition, his talent for championing faculty and students to help solve the world’s challenges will serve CALS well.”

Houlton succeeds Kathryn Boor ’80, who will become dean of the Graduate School and vice provost for graduate education Oct. 1.

CALS is among the most comprehensive academic units in the world and is widely regarded for the quality of its programs, which are housed on the Ithaca campus and at Cornell AgriTech in Geneva, New York.

Cornell’s land-grant commitment guides the college’s focus on ensuring human well-being while protecting and restoring the environment and working to transform food and human systems in financially and ecologically sustainable ways.

“My excitement to join Cornell is matched by a recognition of the real responsibility of leading the world’s greatest college of its kind,” Houlton said. “I will approach this with a core of principle values – humility, cooperation, collaboration and the ability to engage in deep listening. Leveraging these values as I work with faculty, students and staff, I want to make sure everyone feels they are completely a part of what the college is trying to achieve as an important, relevant global entity.”

“It’s important to build on the legacy and tradition of global excellence at Cornell,” said Houlton, who noted work being done to address some of the world’s biggest challenges, such as reducing food insecurity, diminishing climate change, promoting environmental stewardship and maintaining human nutrition.

By 2050, he said, this planet must feed about 10 billion people. “For me, I think of this as an opportunity for faculty and extension experts, expanding upon our basic discoveries for real-world impact,” he said, “and importantly to educate a rich array of diverse students – tomorrow’s changemakers – who can lead the world in solving its most critical planetary challenges.”

“Ezra Cornell nailed it from the beginning, ‘… an institution where anyone can find instruction …,’” he said.

Houlton will share responsibility for leadership of Cornell Cooperative Extension throughout New York state with Rachel Dunifon, the Rebecca Q. and James C. Morgan Dean of Cornell’s College of Human Ecology. As dean, he will report to the provost and be a member of Cornell’s senior administrative team.

Director of UC Davis’ John Muir Institute of the Environment since 2016, Houlton oversees 300 faculty affiliates plus 350 postdoctoral researchers, staff, and undergraduate and graduate students who are engaged in cross-disciplinary research aimed at solving the most challenging environmental, economic, human health and welfare problems. Under his leadership, the institute’s revenues have grown from $26 million to $36 million annually.

At the institute Houlton launched the One Climate initiative and a strategic plan to bolster corporate, philanthropy and foundational giving.

Houlton has served on the UC Davis faculty since 2007, teaching global environmental studies. In 2017, UC President Janet Napolitano appointed him to the University of California Global Climate Leadership Council, charged with implementing greenhouse gas reduction plans for the university to achieve carbon neutrality systemwide by 2025.

In 2018, Houlton served as founding co-chair of the California Collaborative for Climate Change Solutions, a public-private partnership connecting leaders in academia, business, finance and philanthropy with policymakers.

Houlton has published more than 60 peer-reviewed scientific articles in such leading journals as Nature, Science and the Proceedings of the National Academy of Sciences.

In 2006, Houlton won the Gene E. Likens Award from the Ecological Society of America. The award is named for Likens, who was a Cornell professor (1969-83) in the Section of Ecology and Systematics, the predecessor of the Department of Ecology and Evolutionary Biology. He has also received an Andrew W. Mellon Foundation Young Investigator Award (2008) and an NSF CAREER Award (2011).

Houlton earned a bachelor’s degree in water chemistry (1998) from the University of Wisconsin, Stevens Point; a master’s degree in environmental engineering (2000) from Syracuse University; and a doctorate in ecology and evolutionary biology (2005) from Princeton University. Afterward, he served for two years as a postdoctoral scholar in biological sciences at Stanford University and the Carnegie Institute of Science at Stanford.

Houlton grew up in Wisconsin, where his family roots span a long line of Midwestern dairy and poultry farmers. Houlton will be accompanied to Ithaca by his wife, Amanda, and their two children, Sydney and Ashton.

Has agricultural international trade been impacted?