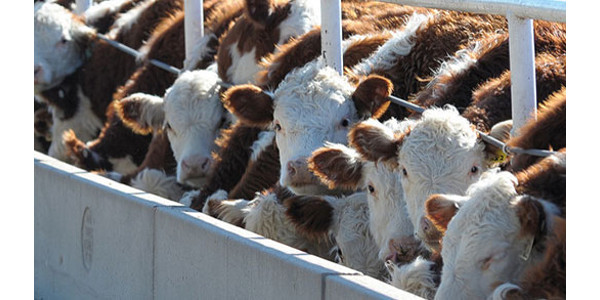 K-State agricultural economists have studied the feasibility of implementing an animal disease traceability program related to the potential benefits to the industry. (Courtesy of K-State Research and Extension)

MANHATTAN, Kan. — A pair of agricultural economists at Kansas State University are reporting findings of a study on animal traceability systems, indicating that the industry is still searching for the sweet spot between tracking animals and making that profitable for producers.

“So you have this conflicting story of trying to make an effective traceability program but also trying to incentivize people to use this program, because for animal traceability to be effective, you need high enrollment of animals and producers.”

Mitchell, along with agricultural economists Glynn Tonsor (K-State) and Lee Schulz (Iowa State), have surveyed producers to further understand what it would take to increase their participation in public or private traceability programs.

“We looked at what kind of premium a cow-calf producer is going to need to adopt this kind of program,” Mitchell said. “And is that premium even feasible for a feedlot to pay to receive cattle with that same form of traceability?”

Listen to Glynn Tonsor and James Mitchell on Agriculture Today

Other studies have established that cost is central to the success of a traceability program, but Tonsor notes the benefits to producers are less certain.

“For some producers, there are some clear managerial or marketing benefits,” he said. “There is some probability that we will have an animal health event (at some point) that we need that info on and so forth, but in general, the benefit of these systems are less known and certain than the costs.

“Therefore it shouldn’t be surprising that the cost of participating has a bigger marginal impact on participating than what we present as benefits, which are higher cattle prices.”

“When we think about sellers, that’s not entirely surprising because the cost of implementing a traceability program is more than the physical cost of purchasing a tag and implementing a tag,” he said. “That could include changes in how you manage animals, or changes in your record-keeping system, or how you process animals. Cost is a very important aspect for those who are making that first adoption decision.”

“For buyers, procuring cattle with traceability is the direct cost of participating. Of course, there are other costs for buyers, such as replacing missing tags when animals arrive at the feedlot, that were not directly considered in this study.”

The economists evaluated systems that varied in how they would be managed including those fully managed by the federal government; fully managed by private entities; or some combination of the two.

“We do not anticipate that producers, whether they are a cow-calf or feeder-cattle seller, or a feeder-cattle buyer, are going to view those the same,” Tonsor said. “Some have strong preferences toward a strong role for private industry, or maybe a partnership or whatever.”

He adds that for some producers, there may be a tradeoff between higher-cost traceability systems and getting the managing entity that they are most comfortable with.

“Those are the cool kind of tradeoffs that we’re trying to get at here to better inform the likelihood of voluntary participation in traceability markets going forward,” he said.

The study was funded by a grant from the U.S. Department of Agriculture. The full results will be published soon as part of Mitchell’s work toward a doctoral degree at K-State.

The group also will report their findings during the annual K-State Risk and Profit Conference, which takes place Aug. 22-23 in Manhattan. A PowerPoint file summarizing the findings will be available after the conference at www.agmanager.info. More information on the event, including registration, is available at the same website.