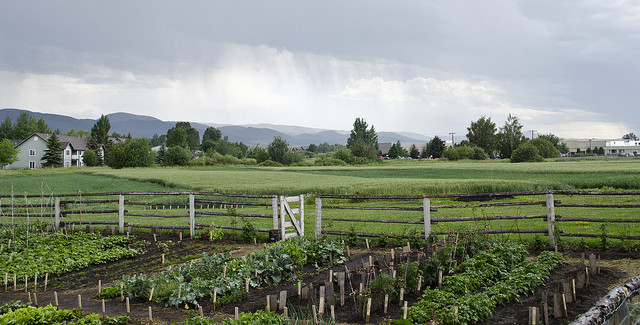 Farmers and ranchers have been working to be more sustainable while being more productive and efficient every year for decades. (Tim Evanson via Flickr)

JEFFERSON CITY — The word “sustainability” has become a buzzword, but the truth is, sustainability is not simple. For farmers and ranchers, it looks different farm to farm, crop to livestock. While the specifics depend on who you ask, the definition of sustainability revolves around four key areas: soil, air, water and habitat.

There is a significant number of family farmers in Missouri that are fifth, sixth, even seventh generation farmers. To them sustainability is in their blood; it’s not a buzzword but a way of life.

The trust people place in farmers is reinforced when they understand what’s happening on farms and get to know farmers.

The U.S. Farmers and Ranchers Alliance (USFRA) released its first-ever sustainability report on the agriculture industry this spring. The report demonstrates how farmers and ranchers seek out and implement best practices to manage natural resources and produce food efficiently. Built on key insights from USFRA’s annual research, the report finds consumers best understand sustainability on the farm when farmers illustrate how they are improving the water, soil, air and habitat on their farms.

Farmers use many tools to increase sustainability: GMOs, no-till, terracing, pesticides, grassed waterways and antibiotics are a few that have made great strides in sustainability a reality on Missouri farms.

Indeed, the numbers in the research report are significant and tell a similar story across commodities, nationally.

· In the past 50 years, the pork industry has seen a 41 percent reduction in water usage per pound of pork, 78 percent decreased land usage and 35 percent decrease in carbon emissions.