NEW ORLEANS (AP) — A lone female fungus-farming beetle inadvertently imported to Georgia may have been the source of a disease that has killed some 300 million redbay trees and threatens Florida’s avocado groves, researchers from Mississippi and Florida say.

Clones of the beetle and her fungus have spread west into Texas and north to North Carolina over the past 15 years, said researcher John Riggins of the Mississippi State University Extension Service. He said they could spread nearly to Canada on sassafras, the source of the powder used to thicken filé (FEE-lay) gumbo.

“Filé and guacamole could definitely be endangered,” Riggins said Wednesday.

Bay leaves used for cooking could also face problems if this species gets into the Mediterranean areas where bay laurels are cultivated and grow wild, say Jason Smith and other University of Florida researchers.

The U.S. infections all apparently come from one itty bitty beetle and her clones. Females of this species are about 2 millimeters long — about as long as a nickel is thick — and males are much smaller.

If there’s no male around, females lay eggs that mostly hatch into males, with which they and their few daughters mate. From those matings come eggs of both sexes. Because the original beetle didn’t mate with a male, all of those descendants have only her DNA, making them genetically identical, and therefore clones.

Ambrosia beetles aren’t the only insects that don’t need sex to reproduce. Stick insects, aphids, and some ants and wasps also reproduce asexually.

Smith, Riggins and others published research earlier this year in “Biological Invasions,” reporting that both beetles and fungus from across the insect’s U.S. range were genetically identical.

“These beetles are very inbred,” said Robert Rabaglia, a U.S. Forest Service entomologist. “So yeah. It could be one beetle, it could be a couple of beetles all related to each other.”

The insects are among 3,500 species of ambrosia beetles, a family named not for genetic kinship but because they all carry around one sort of fungus or another and plant it in trees to grow as their food.

There’s no telling what cargo brought this species, called Xyleborus glabratus or the redbay ambrosia beetle, to the port of Savannah. It might have been plants, but the original beetle probably had burrowed into a cargo pallet or bracing wood used inside a cargo container, Riggins said.

Ambrosia beetles generally bore into dead or sickly trees. So scientists weren’t worried when a few turned up in 2002, in survey traps near the port.

“For about two years it literally flew under the radar,” Riggins said. “It wasn’t until trees started to die around Jekyll Island that they started to investigate.”

Redbays don’t lose their glossy, 6-inch (15-centimeter) long leaves in winter. So when they turned brown and died, it was clear something was very wrong.

It was the beetle’s fungus. Because it kills members of the laurel family, the disease was named laurel wilt or laurel rot. Related and affected trees include avocado, sassafras, northern spicebush and at least two endangered plants: pondberry and pond spice, Riggins said.

He said he’s visited some Florida avocado groves “where it looks like a biological bomb exploded. If it’s not treated, the entire grove turns brown and wilts.”

If the disease is found quickly, infected trees can be removed and burned, while those nearby are treated with fungicide. Insecticide might also kill the beetles before they bore in, Riggins said.

This means it can be somewhat controlled on avocado farms, he said, but avocados are likely to get more expensive — especially if the fungus makes its way to Mexico, the world’s largest avocado producer.

Riggins said Smith has been traveling around the Southeast, collecting surviving redbay trees and their seeds, hoping to breed a strain of wilt-resistant trees that could be introduced back to the wild.

The beetles also travel farther than they can fly, probably because infested plants, wood or debris are hauled from place to place, Riggins said.

Mississippi’s first infestation, in 2009, was 300 miles from the nearest known area in Georgia. Scientists thought more beetles might have come in through the port of Gulfport or Mobile. But they turned out to be clones of Georgia’s beetles.

“It seems to jump around the country in 200- or 300-mile sprints that we can’t explain very well,” Riggins said. 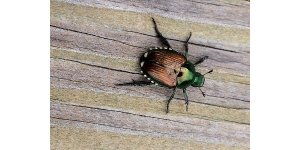 OLYMPIA, Wash. — Potted plants, grass clippings, and even leaves will be restricted from movement outside of the Grandview area beginning Sept. 15. Washington State Department of Agriculture (WSDA) adopted a quarantine, limiting movement of certain items in the infested area in an effort to prevent the spread of the invasive Japanese beetle. The adoption of […] 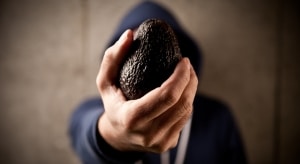 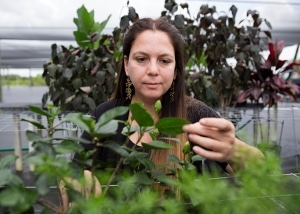 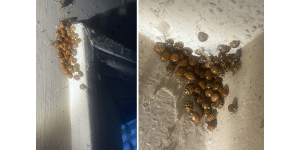