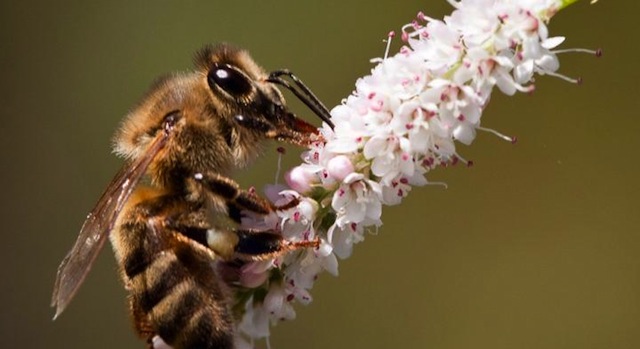 Different gut bacteria in honey bees, whether they are helpful or harmful to the host, spread antibiotic-resistant genes to each other. (Christofer Bang)

TEMPE, Ariz. — It’s the kind of thing you might lose sleep over.

How will humans survive serious infections in the future if we’re running out of tools today to fight them? Antibiotic resistance among disease-causing bacteria is of global concern, as some last-resort drugs can no longer cure common illnesses such as urinary tract infections.

To make matters worse, researchers from Arizona State University and Norwegian University of Life Sciences have discovered that our very own gut bacteria may be perpetuating the resistance. Scientists uncovered this startling finding while investigating the microbial life in honey bee guts.

“To our surprise, we found that instead of one gut bacterium acquiring resistance and outcompeting all the other gut bacteria in honey bees, the resistance genes spread in the bacterial community so that all strains of bacteria survived,” said Gro Amdam, a professor with ASU School of Life Sciences and co-author of the paper.

The finding was published in the current issue of the journal Molecular Ecology.

In the study, scientists investigated gut bacteria in honey bees to explore the question, “What happens to gut bacteria when they are exposed to antibiotics over a long period of time?” While honey bees have a simpler microbial community in their guts compared to humans, they also have features in common.

“There is an important similarity between honey bee and human gut bacteria, in that some bacteria are in symbiosis with the host — these are important for host health,” said Jane Ludvigsen, a doctoral student with the Norwegian University of Life Sciences and lead author of the paper. “The bacteria we investigated are symbiotic for the honey bee, and they each have important functions. Because they must all be there for the host to be well, we think this is the reason that antibiotic-resistant genes have spread to all.”

In this study, researchers focused on microbes that are resistant to tetracycline. In addition to use in human medicine, tetracycline is an antibiotic that has been widely used for decades to promote growth in animals — often in chicken, cattle and pig farming. It’s also commonly sprayed on plants, including apple and pear trees, to prevent diseases such as fire blight, which can devastate crops. In the U.S., tetracycline has been used even on organic farms. In Norway, rules on antibiotic use in farming of any kind are much stricter.

The scientists compared the antibiotic-resistant genes in honey bee populations from Arizona and Norway. There were surprising geographic differences.

“In the bees from Arizona, we saw that even though they have not been in contact with tetracycline for many years, the resistance genes are still there,” said Ludvigsen. “Also, in the Norwegian population, we found some antibiotic-resistant genes, but few.

When the research team studied the antibiotic-resistant genes in the Arizona honey bee population, they found six different variants of this genetic resistance — each variant is the product of a mutation within the gene. In the bee population in Norway, the team found only one adaptation.

Amdam said one way to think about it is this: Tetracycline-resistant microbes are everywhere. They are in the dirt, on plants and animals, and even inside us. But given enough time, without exposure to antibiotics, some of this resistance should go away. One factor needed for antibiotic resistance to remain prevalent is to keep the selective pressure on. This is why Amdam and Ludvigsen say it’s important to reduce or eliminate the use of antibiotics in both agriculture and farming, and limit unnecessary use in human health as much as possible.

Many people believe that antibiotic-resistant bacteria are mainly found in places such as hospitals. And although dangerous microbes can be found there, they are also found in our everyday environments.

“Our paper predicts that if there is already antibiotic resistance in your gut, then most or all of your gut microbes will also carry this resistance. Basically, we’ve become potent reservoirs for carrying antibiotic-resistant genes,” said Amdam. “This is not good news from an epidemiological point of view. If our paper is right, then from what we see in the U.S. and Norway, you can keep accumulating multiple versions of antibiotic-resistant genes. If pathogenic bacteria pass through your body, they can also pick up this resistance.”

The researchers say one next step could be to study how the bees’ gut selects for certain kinds of bacteria, and not others. For example, in humans, we know that the immune system is involved in accommodating the “right” gut bacteria, but the role of the honey bee immune system is largely unknown.