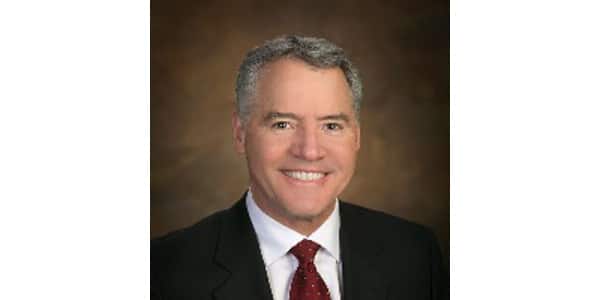 CattleFax Chief Executive Officer Randy Blach will return for the 2021 KLA Convention, December 1-3, to talk about what the cattle and beef market might hold in store over the next year. (https://www.cattlefax.com/index.html#!/about/analysts/randy-blach)

WICHITA, Kan. — CattleFax Chief Executive Officer Randy Blach will return for the 2021 KLA Convention, December 1-3, to talk about what the cattle and beef market might hold in store over the next year. He will take the stage Thursday morning during Beef Industry University (BIU) to deliver his comprehensive outlook, which will assess where the industry stands regarding cattle numbers and what that means for beef supplies in 2022. During his presentation, which is sponsored by the Farm Credit Associations of Kansas, he will factor the economy and competing meat supplies into his forecast for domestic beef demand and will discuss the potential for further growth in U.S. beef exports. Feed and energy cost projections will be shared as well.

NCBA President Jerry Bohn also will be on hand to provide an update on issues being debated in Washington, D.C., including cattle marketing, tax policy, waters of the U.S. and others. Bohn served as KLA president in 1997 and is part owner of Pratt Feeders, which he helped manage for more than three decades.

Another highlight of Thursday morning’s BIU will be recognition of the KLA Cattle Feeders Council’s (CFC) 50th Anniversary. Formed in 1971 to better serve the needs of the growing feeding industry in Kansas, the council today is comprised of nearly 100 yards that represent almost 90% of the state’s feeding capacity. The session will feature current and past KLA staff and CFC members sharing highlights from the past five decades.

Convention registration forms have been sent to members and are available here, along with hotel information.