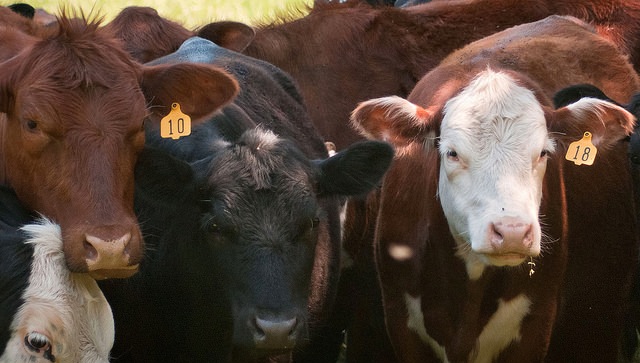 WASHINGTON — Mouthwatering steaks, juicy burgers and delectable roasts. That’s what consumers here in the U.S. love. But what about the underutilized parts of the beef animal? If we don’t consume them here in the U.S., where do they go, and who uses them?

“I think about the world of possibility and potential that’s floating out there, especially if we are able to gain access to China,” says Louisiana beef producer Amelia Kent. “This past year, our checkoff has invested $7.2 million in export growth programs, primarily conducted through the U.S. Meat Export Federation. That’s investing in work in international communities on how to utilize American beef and why it is safe. We just need to think not only about our marketing environments today but also think about the beef industry for the future.”

What Beef Cuts are Exported Internationally?

International Beef CutsThrough aggressive promotion of the unique attributes (quality, safety, sustainability and nutritional value) of U.S. beef in more than 80 countries worldwide, an average of $258.48 per head for fed slaughter is added in value back to U.S. beef producers.

Strong international demand raises the value of beef cuts from every carcass. For example, the following cuts, of which a large percentage are exported, achieved an increase in 2016 Choice wholesale prices compared to the 2011-2015 five-year average:

In addition to the value added by these muscle cuts, beef variety meat exports contributed $36.18 per head of fed slaughter in 2016. For Japan alone, per-head value of variety meat exports has increased from $11.90 in 2011 to $15.46 in 2016, reflecting excellent returns for beef tongues shipped to Japan.

“It has become abundantly clear that when it comes to convincing our friends and neighbors of the value of international trade, U.S. agriculture still has a long row to hoe. However, for the sake of future generations, it’s essential that we continue to look forward and never stop extolling the benefits of global trade.”

Be sure to read more in this overview about foreign marketing efforts supported by the beef checkoff. And for more information about your beef checkoff investment, visit MyBeefCheckoff.com.