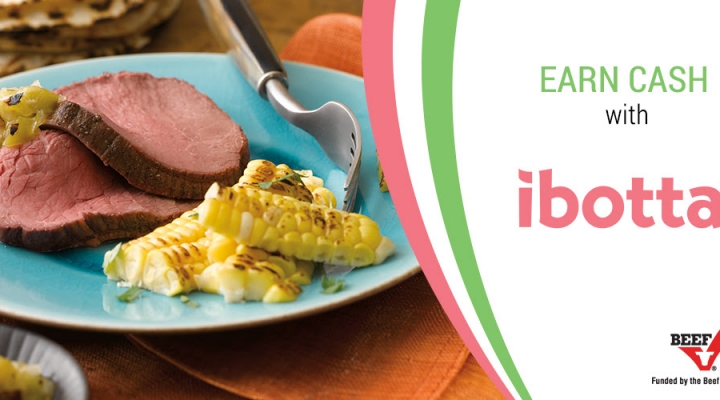 Ibotta has a subscriber base of 22 million - and growing - mostly millennial consumers. In the "Spring Into Savings" campaign, consumers who downloaded the app could browse the grocery category for small rebates on fresh ground beef products. (Courtesy Photo)

NEW YORK — Northeast and Mid-Atlantic consumers were encouraged to “Spring into Savings” for a five-week beef promotion campaign through the consumer mobile rebate app called Ibotta. The promotion launched in March. The campaign mirrored the national beef campaign that launched in January, which used a tiered redemption system focused on targeting non-beef users and then encouraging repeat beef purchases.

Ibotta has a subscriber base of 22 million – and growing – mostly millennial consumers. In the “Spring Into Savings” campaign, consumers who downloaded the app could browse the grocery category for small rebates on fresh ground beef products. Rebates could be unlocked after viewing educational information about beef through a short recipe, message or nutrition tip to get cash back on the beef items they bought at any of the Ahold banner stores (Food Lion, Giant of Landover, Giant of Carlisle, Martin’s and Stop & Shop), as well as Weis Markets and Redner’s Warehouse Markets. Over 2,500 East Coast retail locations were involved in the beef campaign.

The campaign proved to be very successful in the Northeast and Mid-Atlantic regions. A total of five beef rebates were offered to established beef users as well as to new or non-beef users. The value of the rebate ranged from $0.25 – $1.50 off a package of beef. The goal of the rebate structure was to incentivize non-beef users to become beef users and ultimately shift from ground beef to beef roasts. Beef users were offered a smaller valued rebate for ground beef and a second offer for a beef roast after the ground beef had been purchased to encourage repeat purchases.

By the end of the campaign, 1.7 million brand impressions were made, over 81,000 consumers engaged with the beef recipes, nutrition tips and educational tips, and nearly 30,000 beef rebates were redeemed. The Ibotta app has an average redemption rate of 23 percent and this Northeast campaign exceeded that average by more than 13 percent, with a final redemption rate of 36.5 percent.

“The collaborative effort between the various checkoff organizations in the Northeast region allowed for an opportunity to extend the promotion to both our retail partners and consumer audience,” remarked Nichole Hockenberry, Pennsylvania Beef Council Director of Marketing and Communications. “Together we made a difference and were able to be a part of a very successful campaign that we simply would not be able to fund alone.”

The campaign was a partnered effort by the national beef checkoff and the Pennsylvania, Virginia and North Carolina Beef Councils, as well as a grant from the Eastern Region Soybean Board.