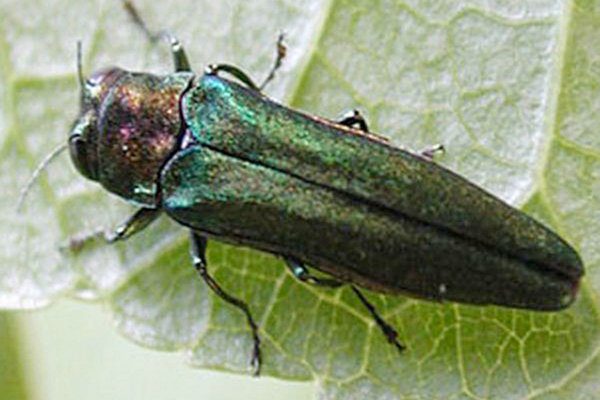 COLUMBIA CITY, Ind. — Feb. 26 through March 2 is Invasive Species Awareness Week. You may be thinking, “Okay, why should I care?” Let me offer you a few things to think about.

Invasive insects, plants and other organisms are challenging our natural areas by out-competing or devastating native populations. This impacts native plants, insects, birds, fish and wildlife. The issue is very important to woodland owners, hikers, boaters, anglers, hunters, gardeners, conservationists and many others. Invasive species can spoil native habitats and the enjoyment of natural areas in many ways. Control efforts are very difficult and very expensive.

It’s important to note that not all non-native species are bad — some behave themselves just fine in our environment.

For species that don’t behave, local residents can report invasive species by calling the Invasive Species hotline at 1-866-NO-EXOTIC (1-866-663-9684) or using the free Great Lakes Early Detection Network smartphone app, which can be downloaded on iTunes or GooglePlay. Purdue has put together a YouTube video to demonstrate how easily the app can be used to alert authorities: https://www.youtube.com/watch?v=eFvaweR4cSw.

Some invasive insects that have been recent nuisances include emerald ash borer, spotted wing drosophila and brown marmorated stink bug. Many homeowners are beginning to deal with these new stink bugs in homes, much like we did with Asian lady beetles a decade or more ago. Talk to a woodland owner about what their ash trees look like now, after emerald ash borer and the timber value they have lost. An insect on our radar that hasn’t arrived yet is the spotted lanternfly. It is currently affecting areas in southeastern Pennsylvania, and we in Indiana hope their quarantine and control efforts are successful.

In addition to insect pests of the invasive nature, we also have plants and other organisms that are not behaving themselves. As an example, our wonderful state parks are struggling with invasive plants that begin to dominate certain areas. Some examples of these “bad actors” include callery pear, Asian bush honeysuckle, multiflora rose and autumn olive.

Take some time this spring to go into a local woods or a state park just before most trees have leafed out. You may notice that there are smaller trees, shrubs, or vine species in the understory that are fully green already. Some of these may be invasive species. One competitive advantage of many of these species is that they leaf out before most native trees and they stay green later in the fall after most trees have lost their leaves. Their dense growth inhibits natural regeneration of desirable native tree species.

An invasive herbaceous plant you might find growing in woodlands, yards or roadsides is garlic mustard. Each of these plants can produce up to 3,000 seeds, and the seeds can remain viable for at least seven years up to about 10 years.

For lakes, problems have resulted from people dumping their aquarium tanks with fish and live plants into the lake, people transferring plant fragments from infested lakes to non-infested lakes on boats, or by other methods. One recent example is the extensive effort and cost needed to control hydrilla, an introduced invasive plant species, in Lake Manitou, Rochester.

Additionally, more and more homeowners are reconsidering the plants in their own home landscape and favoring native plants (or at least better-behaved plants). Some common landscape plants have moved via birds, animals or other means into natural environments and have become a problem. Examples include burning bush, Euonymus alatus, English ivy, Hedera helix, and Privit, Ligustrum vulgare.

In Indiana, efforts among various cooperating agencies are underway to develop a Cooperative Invasive Species Management Area in each of Indiana’s 92 counties. CISMAs undertake educational/awareness events with the public, organize workdays with groups to manage invasive plants, promote early detection and similar efforts. To my knowledge, Northeast Indiana does not currently have a CISMA.

Various groups have identified and listed invasive species that threaten local ecosystems. Among these groups are:

I encourage you to become more aware of invasive species and identify steps you can take to minimize their impact in our environment.

Saving for the future: Financial tips for young farmers