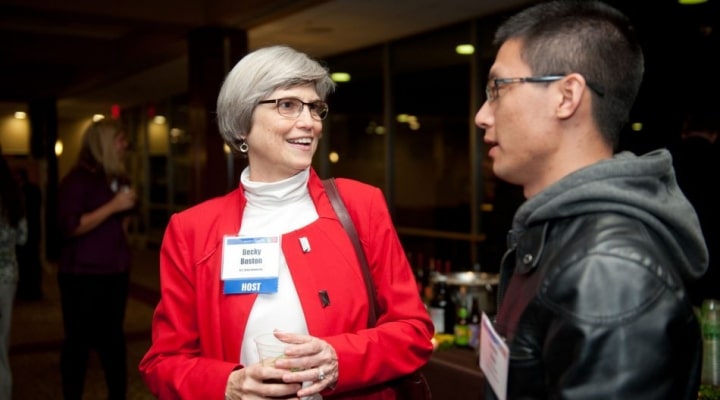 Her dedication to research and science started at an early age. Boston remembers setting up her own at-home laboratories with biological specimens as a child. Her passion for science and innovation continues over the years and while studying biology at Vanderbilt University.

The seminal moment in Boston’s academic career came when she encountered independent research for the first time as an undergraduate student. Her curious mind was enchanted by the learning atmosphere that research brought. Boston continued her education at the University of Wisconsin – Madison, where she studied oncology and how the changes disrupt the normal regulatory mechanisms when cells become cancerous.

Once she completed her doctoral program, Boston landed a National Institute of Health fellowship at Purdue University. The lab she worked at specialized in plant molecular biology. As her fellowship program came to an end, Boston applied to several jobs, including a position at NC State University. Boston had previous experiences with many of NC State’s plant molecular biologists through scientific meetings. Boston accepted a job in the Botany department, which is known today as the Department of Plant and Microbial Biology. It ended up being the perfect place to start and develop her academic career.

“Once I got to NC State, I was extremely happy in the department. …I had the resources I needed to pursue my research. I could attract really good graduate students. I liked the courses I taught and I found that it was a really great fit for me,” Boston said. “From the time I arrived here, there’s always been a very cooperative and collegial research community of people being willing to help and people doing excellent science.”

Since then, Boston and her students have been at the helm of many groundbreaking discoveries through their research on the biochemical processes responsible for phenotypes of maize seed mutants. One series of experiments she is most proud of was the demonstration that mutant phenotypes were due to errors in protein processing and that over-expression of molecular chaperones in high lysine maize mutants was a result of misfolded proteins, conclusions that countered established dogma. This work revealed new signaling pathways in plants that coordinated an intricate balance between synthesis and degradation of storage reserves, a major protein source of foods worldwide.

Due to her continued excellence in research and teaching, Boston was awarded a William Neal Reynolds Distinguished Professorship in 2005. The award is one of the highest honor’s offered to CALS faculty members whose work goes above and beyond that of their peers.

“That was something that was incredibly rewarding and humbling because those nominations… they take work,” Boston said. “Having your colleagues, scholars in the field, and the selection committee recognize your research and academic contributions is something that’s unbelievable.”

Boston’s success as an educator should come as no surprise. Her attitude towards teaching students the fundamentals of science and research is exemplary. When asked what she believed her biggest contribution to the scientific community was, Boston cited her work in developing students, postdocs, and junior colleagues.

After accomplishing so much during her tenure at NC State, Boston looks forward to happily embracing her retirement. She intends to remain connected to the university through her new status as professor emerita.

For current students of the program and prospective students, Boston has a little advice on how to thrive and succeed in NC State’s Department of Plant and Microbial Biology.

“I think it’s key to not be afraid and to go after the things that interest you,” Boston said. “If you’ve loved biology, try to do something that gets you outside of the classroom experience in biology. And the same would be true, whether you love food science or animal science, get involved in some of the extracurricular things that you can do related to your subject matter. Because that’s where you can catch the excitement, whether it’s through an industry internship, whether it’s working as a teaching assistant, or you do a lab rotation — NC State has so much to offer beyond the excellent education one gets in the classroom.”

Study could lead to power over parasite
August 9, 2020